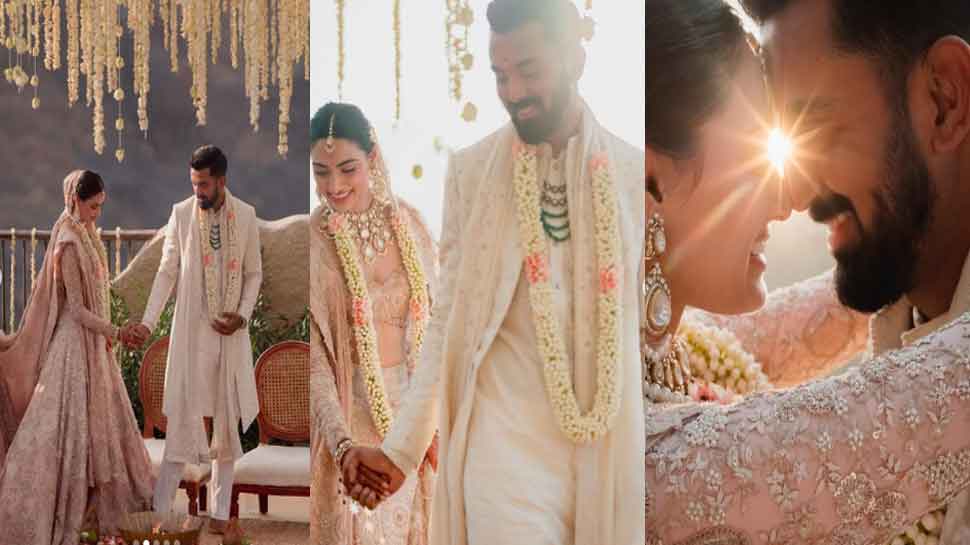 Virat Kohli got upset on the marriage of KL Rahul! Gifted a BMW car worth 2.17 crores; Dhoni gave this expensive gift

KL Rahul Wedding Gifts: Indian cricket team’s opener batsman KL Rahul ( KL Rahul ) and Bollywood actress Athiya Shetty got married on Monday (January 23). Athiya is the daughter of Indian film industry icon Sunil Shetty. Rahul and Athiya were dating each other for a long time and on Monday the star couple tied the knot. But, being busy with the ODI series, Indian cricketers Virat Kohli, Rohit Sharma, Hardik Pandya and Suryakumar Yadav could not attend their close friend’s wedding.

KL Rahul and Athiya Shetty are getting wedding congratulations

KL Rahul and Athiya Shetty are getting many congratulations for their marriage. According to media reports, Virat Kohli has gifted an expensive BMW car as a wedding gift to KL Rahul along with congratulations. The price of the car is said to be Rs 2.17 crore. However, it is not yet known which model of BMW he has gifted.

At the same time, former Indian cricket team captain MS Dhoni ( MS Dhoni ) was also not present in the wedding but he has gifted a Kawasaki Ninja bike to KL Rahul, which is worth around Rs 80 lakh. Actually, MS Dhoni himself is very fond of bikes, he is interested in bikes. It is important to mention here that their gifts have not been confirmed by either Rahul or Athiya Shetty.