Viral Video: Seeing this driving on a hilly road, you will also say ‘Better late than never’! 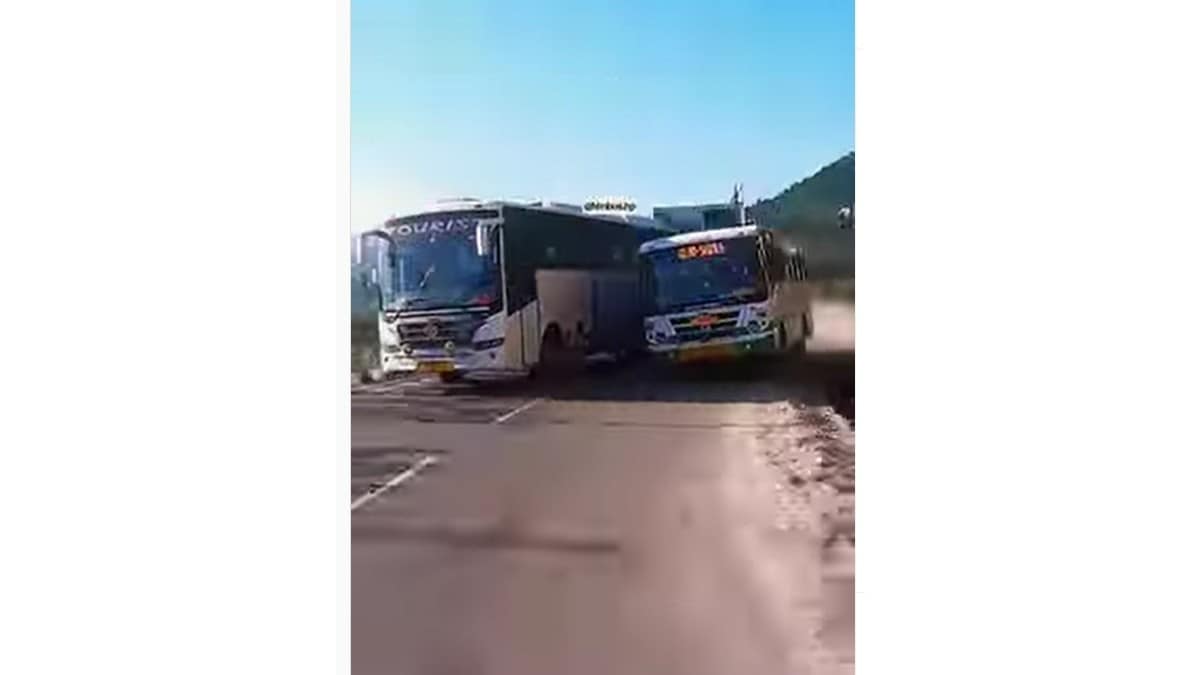 While traveling on hilly roads, you will often see this written on signboards or other means – ‘Better late than never’. But cases of ignoring such advice are increasing. Cases of wrongful overtaking are seen on the roads of the plains, but dangerous overtaking on the roads in the mountains is an act of risking the lives of people. A video related to this is being shared on Instagram.

The video also surprises because two bus drivers are engaged in dangerously overtaking each other. This video is being told of Himachal Pradesh. An Instagram user has shared the video on his account. It has been claimed that a Himachal Road Transport Corporation bus is overtaking another bus on a hilly road.

This video was surprising for us too. A bus is overtaking another bus in a very high speed and in a dangerous manner. The driver of the other bus is also seen in a determined manner and does not want to be left behind at any cost. Some people are saying on this video that Himachal Road Transport Corporation buses are a superfast means of transportation in hilly areas. Although some people are criticizing the dangerous overtaking.

People are saying that both the drivers have done bad driving, but they trust Himachal Roadways buses more than private drivers. The road may be of 4 lanes, but can this type of driving be done. According to media reports, Himachal Pradesh is one of those states in the country, where about 3 thousand people die in road accidents every year. The state is visited by a large number of tourists every year.