VIDEO: Will such transparent smartphones come in the future? people were surprised to see the design 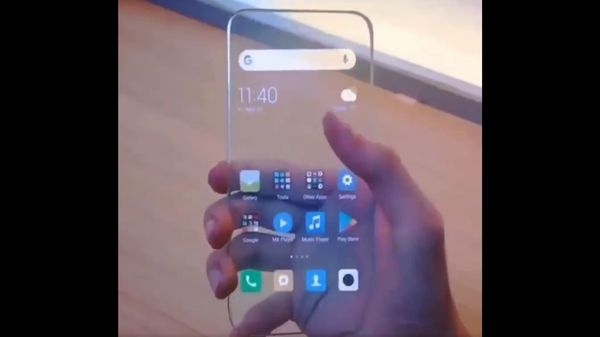 There are many types of smartphones available in the market today. Recently the Nothing Phone (1) was introduced with a different transparent design. The design of this nothing phone (1) was highly trended. At the same time, now a smart phone with a different design has been seen on Twitter, which people are surprised to see. Overall, this phone is like a glass which is completely transparent. So let’s take a look at this futuristic smartphone design.

Will smartphones come with such a design in the future?

In the video, the phone is seen with a very surprising design in which everything is transparent. Meaning it is a glass-like phone and the user is scrolling in it.

Apart from this, it has also been told that this phone draws power from wireless charging, which is itself transparent, as soon as it is placed on a separate glass wireless charger, the phone starts charging. This tweet of this concept transparent smartphone design is becoming increasingly viral on the Internet.

That is, everything is visible in this phone. Apart from this, its operating system looks similar to MIUI.

Below we have embedded the video which you can watch.

Now the question will definitely be in your mind that when will this phone come in the market. Let us tell you that it is difficult to say anything about this right now, because these are just concept designing videos. But anything can happen in technology at any time.