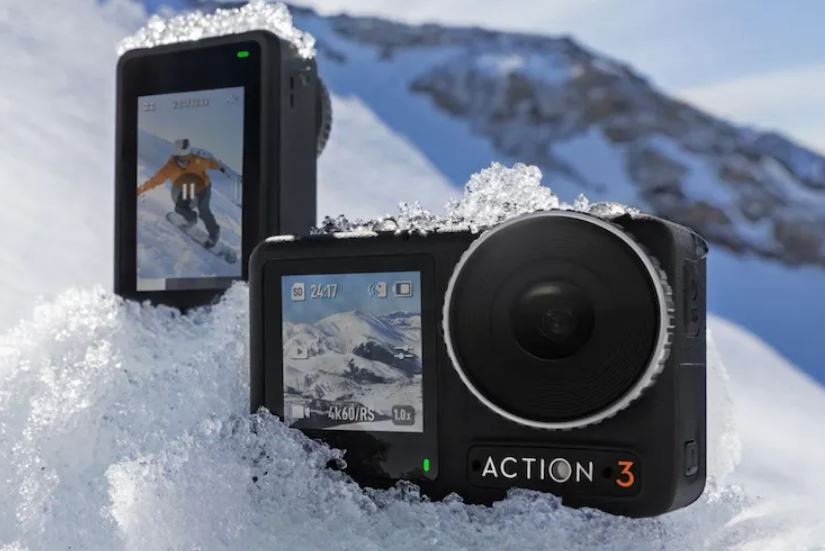 DJI has officially introduced a new generation action camera – Osmo Action 3. There is no trace of the compactness of its predecessor – the novelty is made in the format of the original Osmo Action. Naturally, there is no modularity and “magnetism” of Osmo Action 2 either.

Osmo Action 3 is similar not only to the original Osmo Action, but also to the GoPro Hero 11 Black: despite the fact that this camera has not yet been presented, high-quality images of it have already been published. They demonstrate the similarity of the two models.

Osmo Action 3 received a 1/1.7-inch optical format image sensor and an ultra-wide-angle lens with a 155-degree field of view. The camera allows you to record 4K video at 120 fps. There were a lot of complaints about the predecessor due to overheating, now DJI assures that Osmo Action 3 is capable of recording 4K 60 fps video until the battery runs out. Based on this statement, overheating is possible when recording 4K 120 fps video.

Osmo Action 3 received a proprietary RockSteady 3.0 stabilization system (it also works in 4K 120 fps maximum quality mode), as well as support for HorizonSteady technology, which does not allow you to “fill up the horizon”.

DJI says the Osmo Action 3 has an “extreme” 1770 mAh battery that charges fully in 50 minutes and lets you shoot video for 160 minutes.

The developers call Osmo Action 3 the world’s first action camera with two touch screens. This is done for convenience: access to the settings is provided both from the front display and from the main one. The novelty is equipped with three microphones, but if their recording quality is not enough, you can connect an external microphone via the USB-C port.

The branded protective frame supports both a horizontal camera mount and a vertical one for those who like to record vertical videos. In order to shoot underwater, you don’t have to buy the appropriate case: the Osmo Action 3 itself is designed to be submersible to a depth of 16 meters.

Osmo Action 3 starts at $330. The Osmo Action 3 Standard Combo kit, which includes the aforementioned frame and one “extreme” battery, is estimated at this amount.