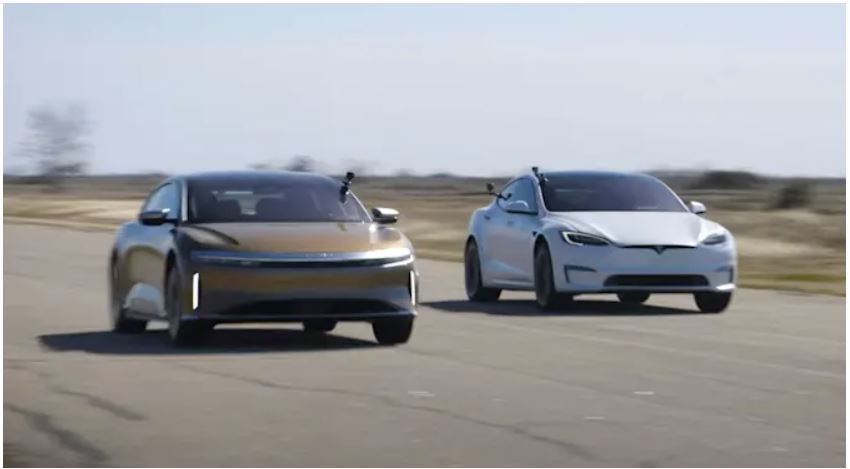 The source published a video report of the fight between two high-speed electric vehicles: Lucid Air and Tesla Model S Plaid. The cars competed in high-speed races on a quarter-mile stretch, classic for this discipline. A total of four attempts were made.

None of the participants managed to come first in all four races. But still, the superiority was on the side of the Model S Plaid – this car won three of the four races, including one with a smooth start. This was predictable because it has a claimed 0-60 sprint time of 1.99 seconds compared to the competitor’s 2.5 seconds. Although Tesla is inferior in terms of power of the power plant (1020 hp vs. 1111 hp), the smaller curb weight (2190 kg vs. about 2270 kg) contributes to more acceleration.

However, Lucid Air’s results look convincing too. This electric car managed to win the race when the Model S Plaid was not in quick start mode. In addition, the Air can be tuned for more straightaway acceleration, Lucid says, but the manufacturer now focuses more on “luxury and efficiency” than speed.