Video conference without turning on the camera: digital vmoji avatars have earned in VK Calls 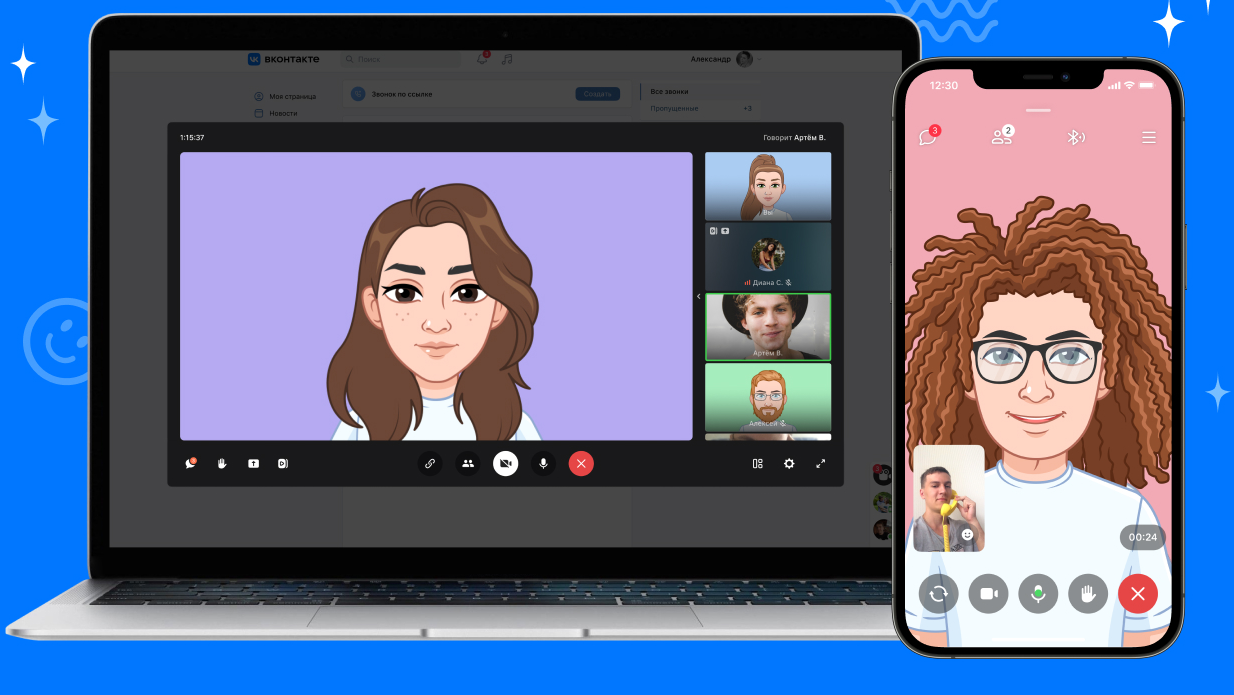 The VKontakte team announced the launch of a new useful feature in the corporate video conferencing service. Now users of VK Calls will be able to connect to meetings using personal vmoji avatars.

This will allow you to participate in a video call without turning on the camera. Animated vmoji are capable of reproducing head movement, mouth animation when speaking, and eye blinking. According to the developers, the technology reads the voice stream and adjusts the character’s movements to the user’s speech.

Animated digital avatars are already available in the mobile and desktop application “VK Calls”, as well as the application “VKontakte”. In the web version, it is only possible to see the avatars of the interlocutors, and the broadcast of your own vmoji will appear later