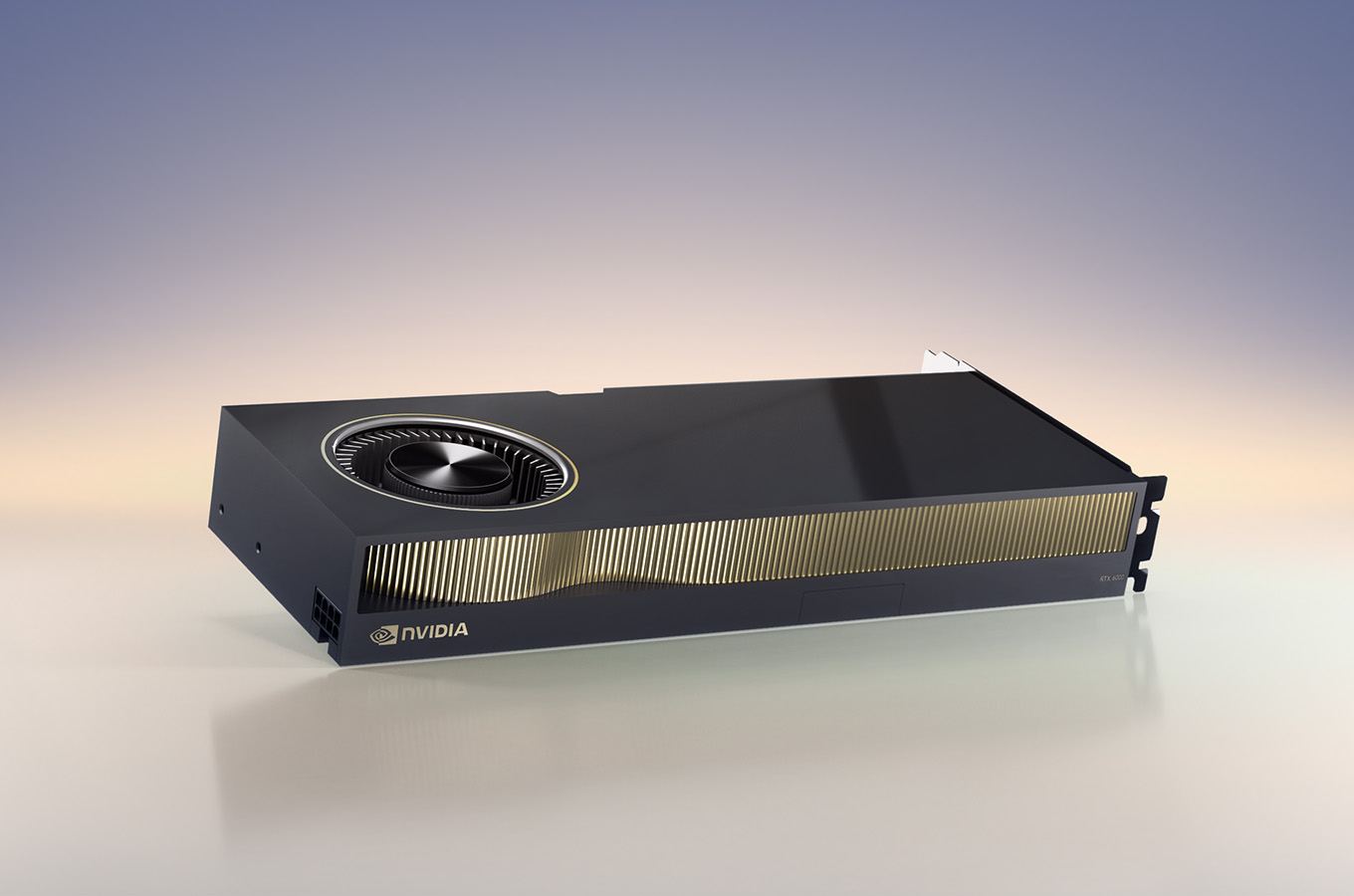 Nvidia introduced today not only consumer GeForce RTX 40 graphics cards based on GPU Ada Lovelace and technology DLSS 3but also the first professional graphics adapter based on the new architecture.

For the Nvidia RTX 6000 model, the manufacturer, as often happens, does not disclose a number of details, but it is probably based on the same AD102 GPU as the RTX 4090. At the same time, the TDP here is only 300 W, which may indicate significantly reduced frequencies and/or fewer CUDA cores.

But there is 48 GB of memory, but this is not GDDR6X, but GDDR6 with ECC. It is also worth noting the PCIe 4.0 interface (for gaming novelties, by the way, this interface is also used), a length of 267 mm, four DisplayPort 1.4 ports and a cooler with one centrifugal fan.

Nvidia itself says that the new card is two to four times faster than the old one, depending on the tasks. It will go on sale at the end of this year.