Vehicle towing will not happen in this state, government will bring new rules to prevent wrong parking 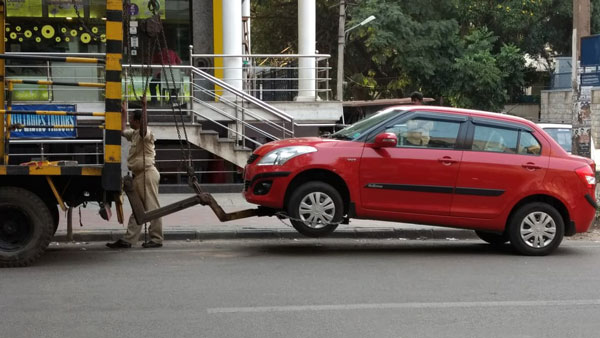 The government says that the process of towing vehicles parked in the ‘no parking’ zone has been going on for a long time. Nowadays, challans are deducted digitally for wrong parking, due to which the number of challans has also increased significantly. However, even after this, the problem of wrong parking in cities remains.

The government believes that the existing vehicle towing system is obsolete, causing inconvenience to thousands of motorists. At present, most of the vehicle towing work is done on contract by private companies, who do the work of lifting the vehicles engaged in wrong parking. They are paid by the RTO or the concerned government agency according to the vehicle lifted.

Many a times, these contracted contractors pick up the vehicles wrongly and also cause damage while transporting them. The Karnataka government says it has been receiving complaints from people about taking bribes against contractors and government officials to drop vehicles. Motorists have also complained of forcibly lifting the vehicle and bad behavior.

At present there are more than 100 towing vehicles operating in Bangalore and most of them are not working properly, which often leads to harassment of motorists. Apart from this, people have also filed several complaints against the contractor for intentionally causing damage to the vehicle.

Karnataka Home Minister Araga Gyanendra has assured to formulate a new policy in this regard and solve the problem of drivers. We have decided to find suitable solutions to the problems raised by the public regarding towing. The minister said that the government would soon take a decision to ease the traffic and towing problems of the citizens. He said that preliminary discussions have been held with senior officials of the department and a decision would be announced soon after consultation with the chief minister.

The decision came as a result of a meeting in which Chief Minister Basavaraj Bommai spoke to DG-IGP Praveen Sood, Bangalore Police Commissioner Kamal Pant and Joint Commissioner of Police (Traffic) regarding the issue. The towing system is expected to be simplified in the next 15 days.

In an age where we are more dependent on technology than ever before, vehicle towing has become an age-old penal rule in traffic law. This not only increases the burden of management on the government but also the common people have to face problems. Reforms in parking laws are the need of the hour and we expect new laws to be implemented soon in a tech-savvy city like Bangalore.