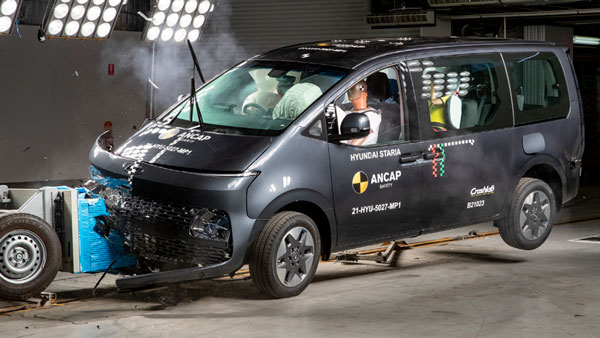 Nitin Gadkari, Minister of Road Transport and Highways, Government of India, while speaking on having system-compliant safety ratings across the globe, said, “It is very important that carmakers in India also follow global safety standards, and for this reason, the government will soon The same India will introduce the NCAP, an independent car crash testing body, which will determine a car’s safety rating based on various criteria, and will be on par with ongoing programs in the United States, Australia, the European Union, and the United States, which help a buyer buy a car. Time will enable an informed decision to be taken.”

Apart from creating a star rating system for vehicle safety in the country, the central government is also working on making six airbags and three-point seatbelts mandatory for all passengers, including the rear middle seat, in cars. Describing the existing safety protocols in India as outdated and inconsistent, Gadkari emphasized the government’s commitment to improve the safety standards of vehicles in India, however, he has also invited suggestions from the public in the matter.

Currently, most cars only have three-point safety belts for the front seats, while the rear seats have a belt similar to aircraft seat belts that are worn above the waist. According to the information, the proposed order will be applicable only on passenger cars. The objective behind this move is to increase the overall safety rating of passenger cars manufactured in India. It has been found that in the event of an accident, over-the-lap seat belts are less effective, thus increasing the risk to the person in the rear seat at the time of the accident.

The central government may soon issue a draft notification to receive suggestions and comments from the public. Based on the feedback, the transport ministry will issue an official order a month after the draft notification is issued.

The Y-shaped seat belt was first introduced by the Swedish car manufacturer Volvo. These seat belts are considered safer than over-the-lap seat belts because they spread the body’s energy more evenly over the chest, shoulders and abdomen at the time of a collision, leading to fewer injuries.

Recently, the government had also proposed to make six airbags mandatory for all passenger vehicles. A draft notification in this regard was issued on January 14 to seek comments from the public. The order is likely to come into effect from October 1 this year.

Not wearing a seat belt is a punishable offense in India. However, most rear-facing car passengers do not use seat belts. Experts believe that government intervention to make car ride safe will only work if the passengers sitting behind are also penalized for not wearing seat belts.

According to a survey report, almost 90% of the passengers in the back seat of cars in India do not wear a belt. According to ‘SaveLife’, a non-profit organization promoting road safety, an investigation conducted by the organization on various highways revealed that in more than 30% of fatal accidents, the rear seat passengers did not use the belt.

Officials of the Society of Indian Automobile Manufacturers (SIAM) agreed, calling it a good move to ensure road safety, but also questioned the enforcement of motor vehicle rules. SIAM said that while automobile manufacturers will follow the government’s directives, it is more important to sensitize passengers to wear seatbelts inside the car.