Vande Bharat: Vande Bharat did wonders! Traveled from Delhi to Agra in 107 minutes 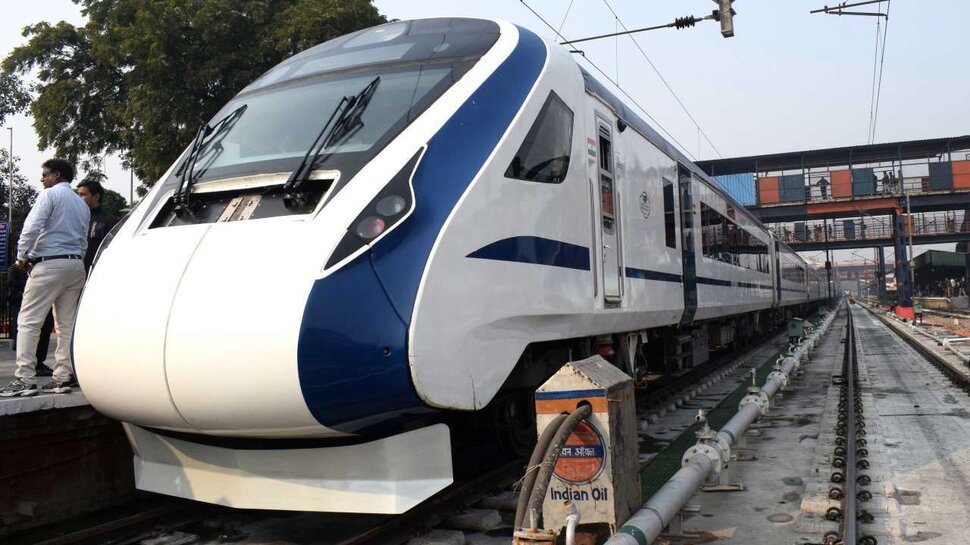 The successful trial of Vande Bharat was conducted on 6 September from New Delhi to Agra. This is the first high speed train between New Delhi to Agra section. Which left for Agra Cantt from New Delhi Railway Station at 3.53 pm. This train reached Agra Cantt at 5.40 minutes via Mathura Junction at 5.11 minutes. The 16 coach Vande Bharat Express took 1 hour 47 minutes to travel. Let us tell you that the loco pilots Virendra Kumar and Ravindra Negi brought it.

Bhopal will run instead of Shatabdi

The Bhopal Shatabdi Express running from New Delhi to Bhopal is now likely to be run by Vande Bharat Express. Railways is considering this. Officials say that more trials of Vande Bharat are yet to be held. After successful trial, it can be run in Agra-Delhi section instead of Bhopal Shatabdi.

Let us tell you that the country’s fastest train, Gatimaan Express, completed the journey in 100 minutes in the first trial. This trial took place between Hazrat Nizamuddin to Agra Cantt. It took 103 minutes during the second trial and 148 minutes during the third trial. After that this trial failed. The speed of Gatimaan was 180 km in the first trial. per hour, which was reduced to 150 km now. Hourly is over. Rajdhani Express runs at the fastest speed after Gatimaan. The capital is 140 to 150 km. Runs at an hourly speed.