US scientists have developed a quick test for “quantum superiority” 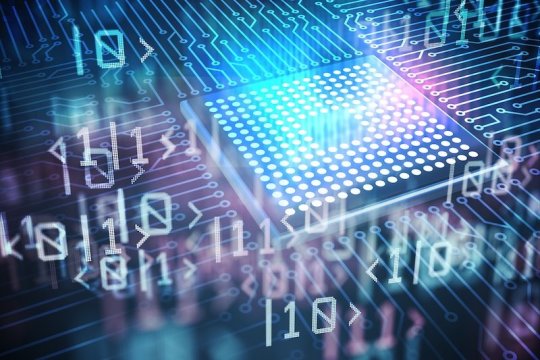 Scientists from the University of California at Berkeley (USA) have developed a super-complicated problem for a quantum computer, the correctness of the calculation of which can be easily checked using a conventional PC. It can be used to objectively test claims of “quantum superiority,” the scientists write in a paper published in the journal Nature Physics.

“We have developed an interactive protocol that allows us to demonstrate “quantum superiority” or to verify this claim without significant expenditure of resources of classical computers. Our approach is based on the use of cryptographic functions with hard-to-detect teeth in combination with quantum Bell’s inequalities‘, the researchers explained.

In the fall of 2019, a group of scientists from the Quantum Artificial Intelligence Lab at Google announced the achievement of the so-called “quantum supremacy”. They managed to solve the “unsolvable” problem of generating random numbers using the Sycamore computer created by Google, which contains 53 superconducting quantum bits (qubits).

Subsequently, the achievement of “quantum superiority” was immediately announced by two teams of physicists from China, who managed to solve super-complex mathematical problems using superconducting and photonic quantum machines. These advances have sparked debate about whether solving such problems is truly “quantum supremacy” and has also led scientists to think about how to test the correct operation of these computers.

A group of American physicists led by Norman Yao, an assistant professor at the University of California at Berkeley, has developed an unorthodox approach to objectively demonstrate “quantum superiority” or verify such claims with minimal effort. The idea is based on the application of quantum physics to cryptographic algorithms.

As physicists, mathematicians and developers of cryptographic equipment and applications explain, so-called secret functions with hard-to-detect teeth are often used to encrypt data. So scientists call mathematical expressions that, presumably, cannot be reversed and thus find the key to the encoded information.

Yao and his colleagues found that one of the most difficult parts of these mathematical algorithms, which provide reliable information security, can be replaced by Bell’s physical equations, which are the fundamental basis of quantum mechanics. This allows similar calculations to be performed on a quantum computer and used to demonstrate “quantum supremacy”.

To do this, scientists have created a test system that sends a set of data to a quantum computer, which it uses to calculate cryptographic functions. The results of these calculations are very quickly verified using a conventional computer, the successful completion of which both confirms the quantum nature of the calculations on the machine under study, and also serves as an objective confirmation of “quantum superiority,” summed up Yao and his colleagues.