Urvashi Rautela is not less than anyone in the case of luxury cars, the most expensive car is 4 crores 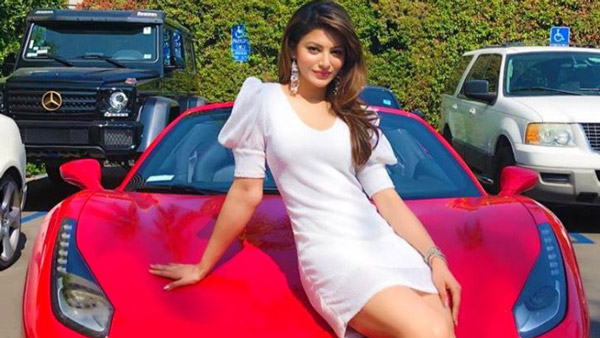 Indian film actress and model Urvashi Rautela remains in the headlines for her looks and bold looks. Urvashi was honored with the title of Miss Diva Universe in the year 2015, after which she has made her mark in Bollywood by working in many films. Along with the luxurious house, Urvashi is also the owner of many luxury vehicles. Today we are going to tell you about the luxury car collection of actress Urvashi Rautela, so let’s have a look…

The first car in Urvashi’s list of luxury vehicles is the Mercedes-Benz S-Class in which she has been seen many times while traveling. Mercedes-Benz S-Class is the company’s luxury sedan with prices starting at Rs. 1.60 Cr. The car is equipped with a 4.6-litre diesel engine that generates 453.26 Bhp of power and 700 Nm of torque.

This car is equipped with a 7-speed automatic transmission. The S-Class accelerates from 0-100 kmph in 4.8 seconds. The top speed of the car is 250 kmph.

The next car in the list of Urvashi’s cars is also from Mercedes. This Mercedes-Benz B-Class luxury sedan is priced around Rs 30 lakh. The B-Class B200 is powered by a 2.1-litre petrol engine that generates 134.10 Bhp of power and 300 Nm of torque.

It gets a 7-speed automatic transmission as standard. It accelerates from 0-100 kmph in 10.7 seconds. The top speed of the car is 210 kmph. This car can accommodate 5 people including the driver.

The Ferrari 458 Spyder is one of the best looking sports car from the company. The company produced this car between 2011 and 2015. Its price in India is around Rs 4 crore. The company has given a 4.5 liter V8 engine in this car which gives 570 bhp power and 540 Nm torque. Direct fuel injection technology has been given in the engine of this car which increases its performance.

In this car only one person seating is provided with the driver. For transmission, it is mated to a 7-speed automatic gearbox. The car was built specifically for the race track but was tuned for city roads. The Ferrari 458 Spyder was the most sold in Europe.

Land Rover is known for making luxury SUVs. The Range Rover Evoque is a full size SUV coming with a muscular look which looks quite big. Range Rover Evoque price in India is around Rs 70 Lakh. This SUV is equipped with many luxury features which include a display for the passenger on the seat, adjustable seat, separate AC, PM 2.5 air filter and many more.