Upcoming Cars in March 2022: Toyota Hilux to BMW X4 facelift to be launched in March 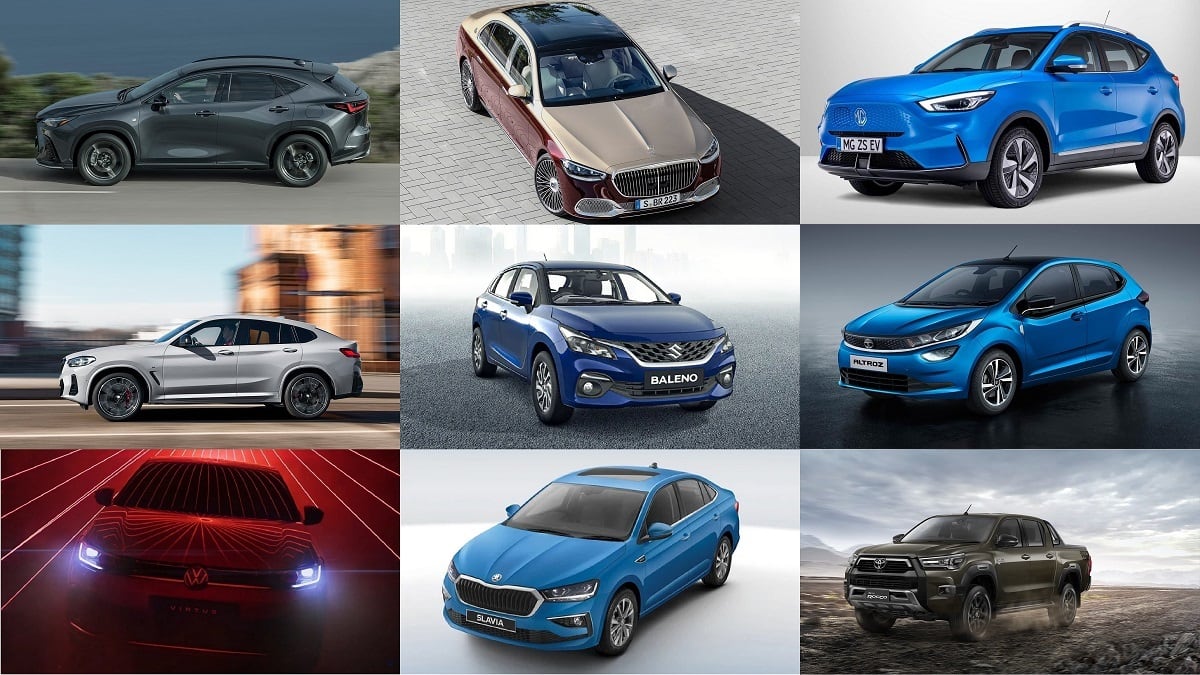 Upcoming Cars in January 2022: Many great vehicles are going to be launched in the Indian market this month i.e. in March. Here we have shared a list of all the cars that are going to be launched in India this month. These include vehicles like Skoda Slavia 1.5L TSI, Toyota Hilux, BMW X4 facelift, Mercedes-Maybach S-Class, Volkswagen Virtus, MG ZS EV facelift and Lexus NX 350H. Let us know what is special about these vehicles and why buying them is a profitable deal for you.

Skoda recently launched the Slavia in the Indian market with a 1.0-litre TSI motor. Its prices start at Rs 10.69 Lakh (Ex-showroom). The company is preparing to launch this C-segment sedan with 1.5 liter TSI motor on March 3. This engine will be offered with two transmission options – 6-speed MT and 7-speed DCT.

Toyota is preparing to launch the Toyota Hilux pickup truck in the market. Although the company has not yet confirmed the launch date of this pickup truck. Coming to the specifications, the Hilux 2.8L will be powered by an oil burner. This motor will generate a peak power output of 201 bhp and a maximum torque of 500 Nm. Apart from the low-ratio transfer case and locking differential, the Hilux will be offered with a 4WD layout as standard.

Luxury car maker BMW is going to launch its new car BMW X4 facelift this month. The company has started taking pre-bookings for this SUV. Talking about the changes, the X4 facelift will be offered with several cosmetic changes. Apart from this, this SUV is to be offered with two engine options – 2.0L turbo-petrol motor and 2.0L oil burner.

The 2022 Mercedes-Maybach S-Class is to be launched on March 3. It will be offered in two configurations – S580 and S680. The interior of this luxurious car will be excellent. The rear seats will include separate reclining seats, along with a full-length center compartment.

Volkswagen India is going to do the world premiere of its new mid-size sedan in India on 8 March 2022. This will be the company’s second product under the Volkswagen Group’s New India 2.0 project. Volkswagen’s first offering under this project was the Taigun. It will be offered with two engine options – 1.0L TSI and 1.5L TSI. There will be three transmission options on offer – 6-speed MT, 6-speed AT, and 7-speed DCT.

Recently, MG Astor has been launched in the Indian market, which is the ICE version of ZS EV. However, many changes have been made in it compared to the old looking ZS EV. The company is finally going to launch the ZS EV facelift on March 7. Overall, the new ZS EV facelift will look fresh and it is said that it will be offered with a bigger battery pack.

Lexus is going to launch the new NX 350H in the Indian market on March 9. Based on the TNGA-K architecture like the Toyota RAV4, it will get a bigger cabin. The Lexus NX 350H will be powered by a hybrid powertrain coupled with a 2.5-litre petrol motor and a 259-volt Li-ion battery pack.

The country’s largest car manufacturer Maruti Suzuki has recently launched the Baleno facelift. Now Toyota is also going to update the Glanza with a facelift. This vehicle is expected to be launched in this month i.e. March. However, the company has not said anything about the launch date.

Tata Motors has released a teaser video of the automatic variant of its premium hatchback – Altroz. Apart from the automatic gearbox, the car could be offered with the option of an air purifier, ventilated front seats and a new Royal Blue paint scheme. However, with which engine option the Altroz ​​will get the option of an automatic transmission, it remains to be seen. As of now, the car is available with three engine options – 1.2L petrol, 1.2L turbo-petrol, and 1.5L diesel.