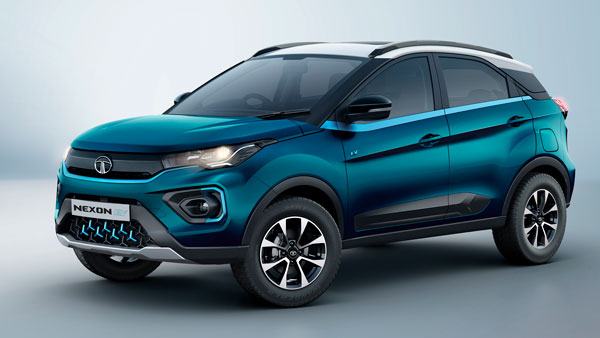 The Mercedes EQS SUV shares its EVA2 platform with the company’s EQS sedan. In such a situation, along with the practicality of this SUV, the luxury of the sedan is also seen. The upcoming EQS SUV will use an electrically adjustable second row. Apart from this, third row seating will be given as an option.

Maruti Suzuki’s MPV Maruti Suzuki Ertiga is a popular car in the market, which the company is going to update soon. Its new model has been seen many times during testing. It is believed that there will be less cosmetic changes, but a new 6-speed automatic gearbox will be given with its existing 1.5-litre engine.

Now that the Maruti Ertiga is being updated, it is likely that the Maruti XL6 will also be updated. The facelifted XL6 may get a slightly revised front end with a new grille and new bumpers. The updated Maruti XL6 could be offered with both 6 and 7-seater configurations.

The long-range model of the Tata Nexon EV is to be brought in April, it is reported that it can be brought on April 6, although the company has not yet made any official confirmation about it. The Tata Nexon EV is to come with a bigger battery pack and due to which the range is now going to be 400 km/charge as against the current range of 312 km. Along with this, some other changes can be seen.

Tata Nexon EV is currently the leader of its segment and is getting great response from the customers, so keeping in mind the demand of the customers, the company is now going to bring a long range model. The company has been updating most of its models for some time now and now the number of Nexon EV has also come in it. It currently comes with a 30.2 kWh battery pack and claims a range of 312 km.

Before bringing the Volvo XC40 Electric, its information has been revealed through its website, the company is going to have a price of Rs 75 lakh, it is to be brought as a completely built unit. The company is to bring this electric car in only one single trim Recharge Pro trim, the company has not yet confirmed the booking and delivery.

The Volvo XC40 is built on a platform that can be fitted with both an IC engine and an electric engine. A 75kWh battery pack is to be given in the Volvo XC40, which is to be given with a twin electric motor setup. It provides 408 bhp power and 660 Newton meter torque, its maximum speed will be kept at 180 km / h. This electric SUV accelerates to 100 km/h in just 4.9 seconds. This model will be kept similar to its petrol model but with slight changes in styling.