Upcoming Bike: This will be Royal Enfield’s most expensive bike! Seen on the road before launch, such features will be available 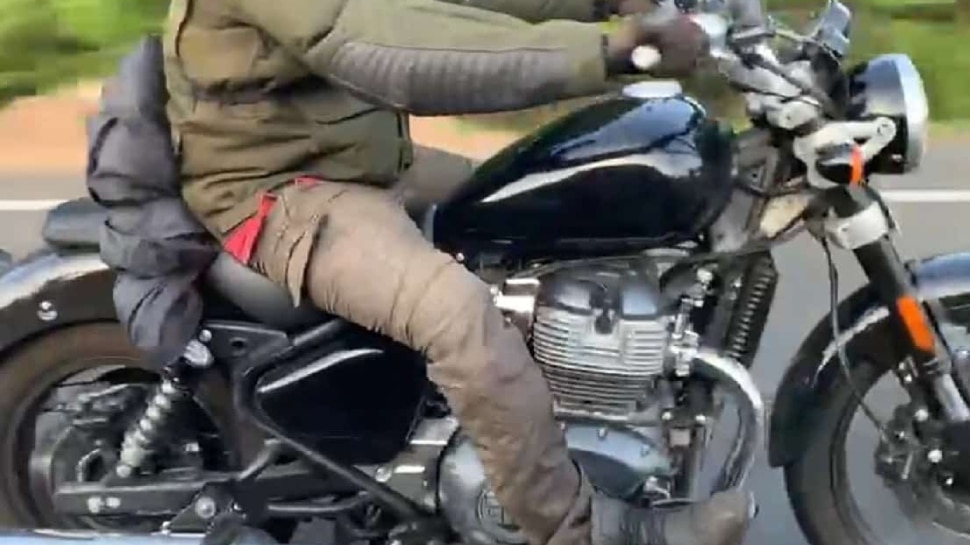 Royal Enfield Upcoming Bike: Front and rear disc brakes along with standard dual-channel ABS (anti-lock braking system) can be found on the Super Meteor. The Royal Enfield Super Meteor 650 will be the most expensive model based on the company’s 650cc platform.

Royal Enfield Super Meteor 650: Royal Enfield may soon launch the Super Meteor 650 in India. Recent sightings of the model suggest that it could be launched by the end of 2022 or early 2023. However, its official launch date and details are yet to be disclosed. The Super Meteor 650 was recently seen in its final production avatar, which has revealed a lot about its design. The test mule featured retro-style round headlamps, which were topped by a large non-adjustable windshield.

The bike featured crash guards, road biased tyres, alloy wheels, forward footpegs, low slung, fatter rear fenders, round taillamps and turn indicators and twin pipe exhaust system. Apart from this, the spy photos that surfaced earlier had revealed that the company will be offering a number of touring-friendly accessories with the bike. The RE Super Meteor 650 will get a hard case pannier on the left side. It will get flat footrests for the rear occupants, engine guard with auxiliary lights, top box on the tail rack and tall windscreen.

Like the RE Meteor 350, the Royal Enfield Meteor 650 will get a semi-digital instrument cluster. A small pad can also be provided for tripper navigation. The new RE 650 motorcycle will be powered by a 648cc, parallel twin-cylinder engine with fuel injection technology. This is the same engine that is available on the RE Interceptor 650 and Continental GT 650. It generates 47PS power and 52Nm torque. The cruiser is likely to get a 6-speed gearbox with slipper and assist clutch. The suspension setup can get USD forks at the front and twin shock absorbers at the rear.

The bike can get standard dual-channel ABS (anti-lock braking system) along with front and rear disc brakes. The Royal Enfield Super Meteor 650 will be the most expensive model based on the company’s 650cc platform.