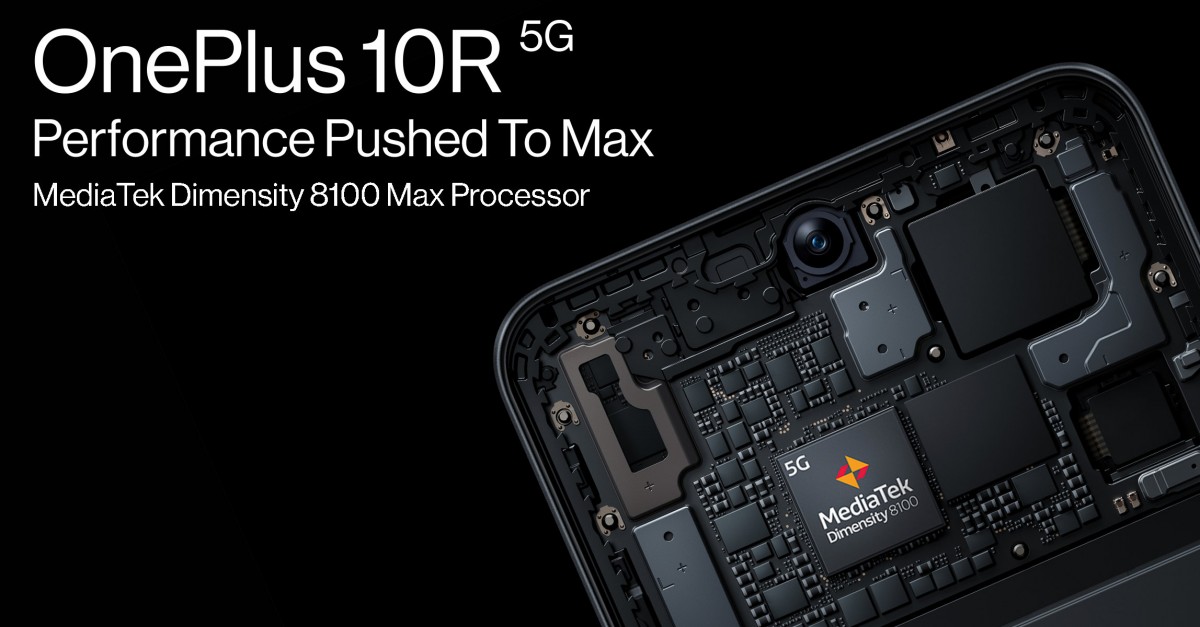 OnePlus 10R, which will be sold in China under the name OnePlus Ace, will receive a new SoC MediaTek Dimensity 8100, like Realme GT Neo 3, a copy of which supposedly will be a novelty. However, there is a nuance.

According to the latest official promotional poster, OnePlus 10R will receive not just a Dimensity 8100, but some kind of Dimensity 8100 Max. We have not heard of such a platform before, but it will be an exclusive solution for OnePlus.

How the Dimensity 8100 Max will differ from the regular Dimensity 8100 SoC is still unclear. Perhaps we are talking about slightly increased frequencies. This is not the first solution on the market with the unique MediaTek platform, but in the past it has always been limited to extremely modest changes, so it will probably be the same this time.

In addition, OnePlus has confirmed that the smartphone will support 150-watt charging, just like the Realme GT Neo 3. The announcement of the novelty is expected on April 28th.