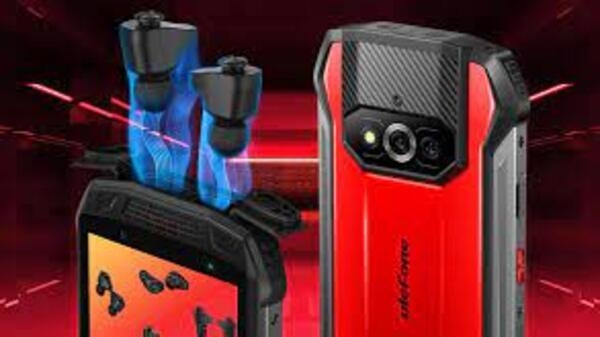 Ulefone Armor 15 features a 5.45-inch HD+ display and supports 1440 x 720p resolution. The smartphone is powered by MediaTek Helio G35 chipset and comes with 6GB RAM and 128GB internal storage. The phone runs on the latest Android 12OS and comes with NFC function.

The highlight of the Ulefone Armor 15 is the in-built TWS earbuds located on the top of the smartphone. If necessary, remove the earbuds from the top. The earbuds instantly pair with your smartphone and are ready to use as soon as you put them in your ears. The earbuds support Bluetooth v5.o and are compatible with almost all smartphones, tablets and laptops.

The Ulefone Kavach 15 TWS earbuds do not require a separate charging case as they charge inside the smartphone. The phone packs a massive 6600mAh battery that charges both the phone and the earbuds. The earbuds give you up to 5 hours of playback on a single charge and up to 505 hours of playback with the smartphone. Equipped with multi-control smart keys on both earbuds, you can play your music, pause, take calls, decline and access the voice assistant with your fingerprint.

The Ulefone Armor 15 has dual front-facing speakers, dual Smart PA and a maximum power of 2W. It comes with 12MP + 13MP rear cameras and a 16MP sensor at the front which is more than enough for your images and videos. The smartphone is IP68/69K and MIL-STD-810G certified which makes it water, dust and shockproof. Also, with a sturdy rim and excellent edges, the Ulefone Armor 15 feels stiffer and more powerful than its predecessors.