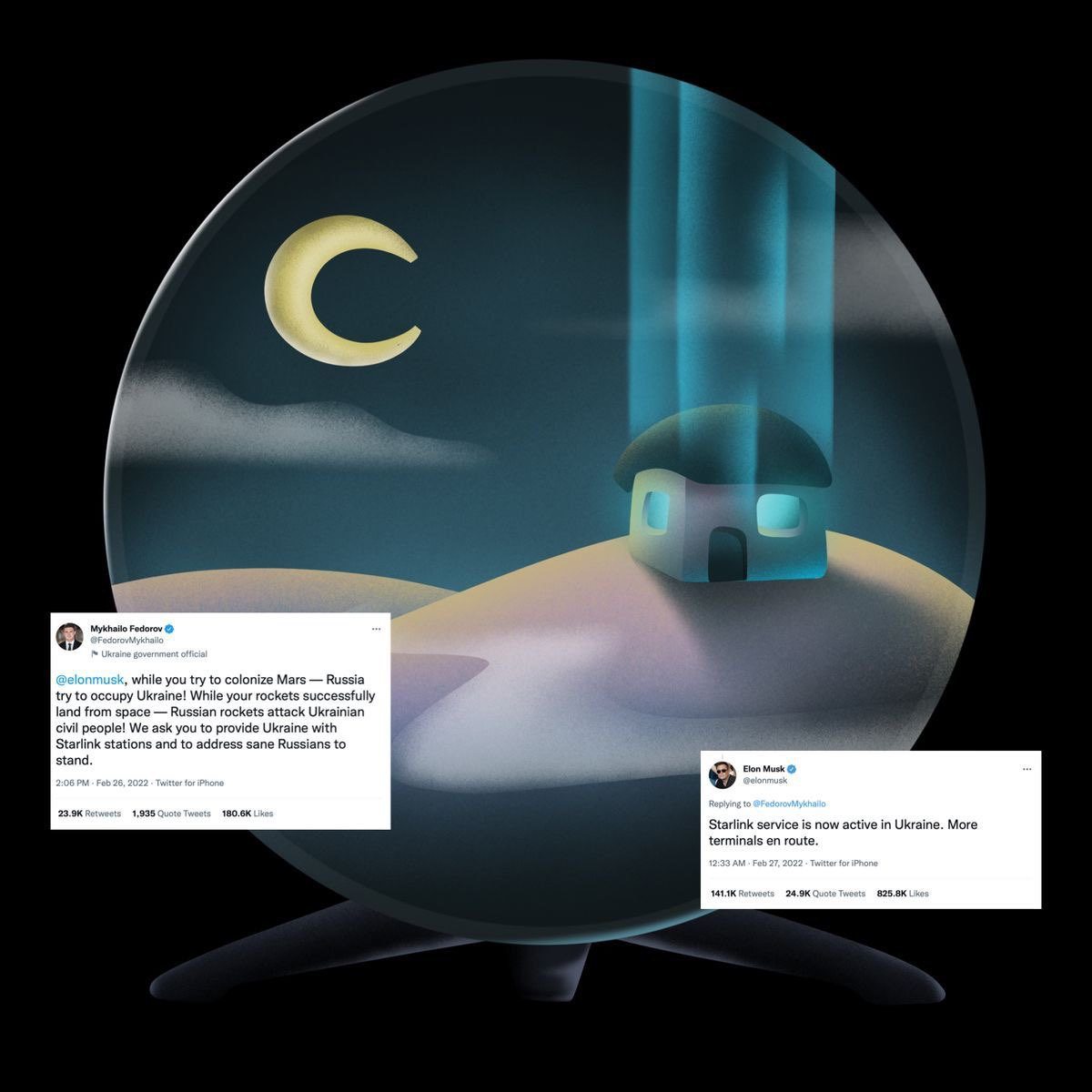 Representative office of @SpaceXStarlink is registered in Ukraine! Thank you @elonmusk

Just a week ago Mikhail Fedorov declaredthat an office of Starlink will appear in Ukraine. He also added that the Ministry of Digital Transformation will do its best to facilitate the opening of the Starlink office as soon as possible.

On February 26, Mikhail Fedorov asked Elon Musk to turn on the Starlink service on the territory of Ukraine, while the billionaire answered the very next day. Since then, more than 10,000 Starlink terminals have been delivered to the country.

Satellite Internet from Starlink can be used by all residents of Ukraine. The permit will only be valid during wartime. The use of the system will be paid. The installation kit costs $550 and the monthly fee is $110.