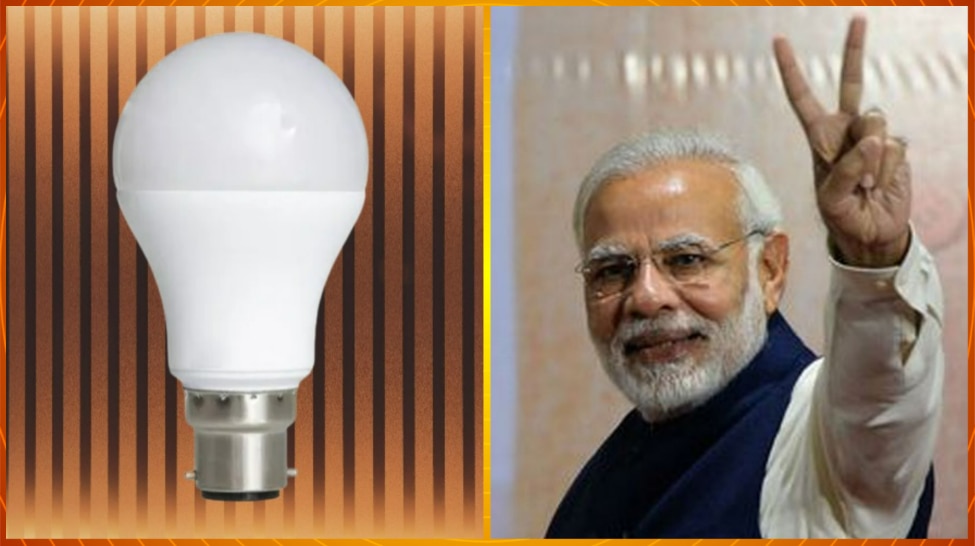 LED Price: Many schemes are being run by the central government. Different classes of people are being interested under these schemes. At the same time, the government is also doing many things with the intention of saving electricity. A plan is also being run for this, named UJALA ( Unnat Jyoti By Affordable LEDs for All). Under the Ujala scheme, people are being provided with LED bulbs at cheap prices, which also helps in saving electricity and electricity bill can also be reduced. Millions of LED Bulb people have been subcontracted so far under this scheme of Modi government.

LED Bulb
The UJALA Scheme was launched through Prime Minister Modi. The scheme launched by PM Modi aims to promote efficient use of energy at the residential level, To raise consumer awareness about the effectiveness of using energy efficient devices. Government has introduced LED for residential users to reduce high initial cost.

Ujala Scheme
At the same time, light LED bulbs are being distributed through special counters ( kiosk ) installed at designated locations in the city. These will not be available at retail stores. Location Description of Distribution Counters www.ujala.gov.in is available at. At the same time, under the Ujala scheme, domestic families who have a meter connection with their respective power distribution company will receive LED bulbs.

LED Bulb Price
Under the Ujala scheme, its equipment can be purchased at the rate of Rs 70 per LED bulb, Rs 220 per LED tubelite and Rs 1110 per fan. The price of equipment includes components such as bulb price, distribution, awareness cost. As of 21 December 2022, 36.86 crore LED bulbs have been distributed under this scheme.