Uber India President Prabhjot Singh was seen driving a cab, know why he did it 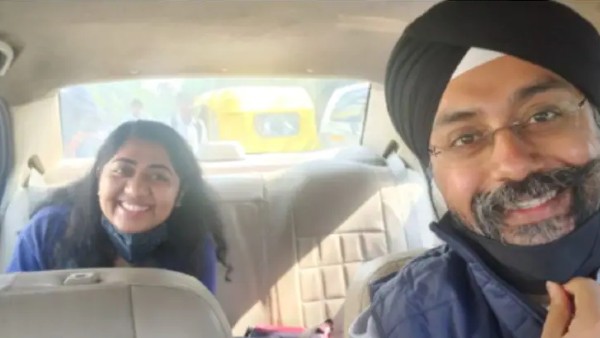 Prabhjot Singh decided to become an Uber driver for a few customers in the country’s capital Delhi and Gurugram. Prabhjot Singh started his day with driving the christened Maruti Suzuki Dzire under the services of Uber as a daily cab.

He decided to act the way other Uber drivers usually do. Although many Uber drivers call their customers before knowing about the drop-off location, Prabhjot Singh did not ask the same question to any of his customers.

She also shared a picture of herself with Prabhjot Singh and said that it takes a lot of patience and humility to get to the roots of the problems faced by the company and the experience expected from the target customers. This entire campaign run by Prabhjot Singh was to know how Uber works at the grassroots level.

While online cab services like Ola and Uber claim to make life easier for their customers, the ground reality can sometimes be different. There have been cases related to safety of passengers and unreasonable hike in prices by cab drivers, which are serious problems for online cab service and customers.

This entire experience of Prabhjot Singh’s own Uber car driving demonstrates the importance of knowing your customer’s preferences and feedback at the grassroots level. It is a rare situation in India that a senior level employee of a company works at the grassroots level far below his/her position. This work of Prabhjot Singh has garnered a lot of praise for himself and Uber.