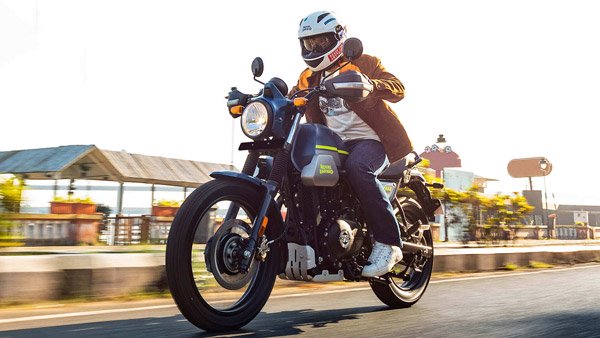 Royal Enfield Scram 411 has been launched in India, it has been brought at a price of Rs 2.03 lakh. It has been brought in a total of seven color options and its top variant has been priced at Rs 2.08 lakh. It is based on the company’s Himalayan and many parts have been taken from it but it comes with many changes that make it different.

The Okinawa Okhi90 electric scooter has been launched in India, priced at Rs 1.21 lakh, which is the price after the FAME-2 subsidy. Its price is different after discount in different states, lowest it is being sold in Delhi for Rs 1.03 lakh. This electric scooter can be booked by visiting the company’s website or dealership by paying Rs 2,000. The company has brought this electric scooter with many segment first features that make it special.

Greta Electric Two-Wheelers has launched the new electric scooter Greta Glide in India at a price of Rs.80,000 (ex-showroom). The company has started booking the scooter and has announced a discount along with the booking. As per the information, customers can avail a discount of Rs 6,000 on online booking of the scooter and Rs 2,000 on booking through dealerships.

Recently NIJ Electric Vehicles has launched its new electric scooter Accelero+. This high-speed electric scooter has been introduced in the Indian market in two variants – Lithium Ion Battery and Lead Acid Battery, which have been priced at Rs 69,000 and Rs 53,000 (ex-showroom) respectively.

The NIJ Accelero+ electric scooter has been introduced in a very stylish design. All the lighting in this is given in LED. The headlights have been installed in the front apron of the scooter while LED turn indicators have been given on either side of it. The scooter has been given LED DRL in ‘V’ shape which is giving it a great look. The scooter is made available in four colors which include Imperial Red, Black Beauty, Pearl White and Gray Touch.