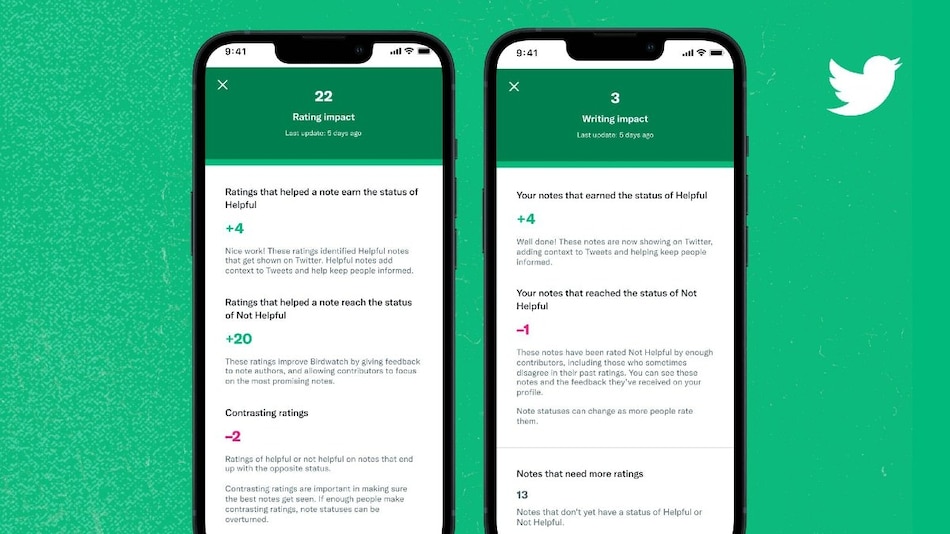 Twitter announced on Wednesday that it was making several new additions to its birdwatching community fact-checking program launched last year. The Birdwatch program consists of users who help identify potentially misleading tweets and add notes to provide context with additional information. The social media platform has now announced that it is launching a new onboarding process for the program. Additionally, Twitter will increase the visibility of Notes to reinforce Birdwatch’s seemingly positive impact on the community.

Twitter announced in a blog post on Wednesday that it is introducing a new onboarding process designed to encourage contributors to carefully write and rate notes.

New members start with an Impact Score of zero, which is initially increased by rating other tips as helpful or unhelpful. After the Impact Score has been raised to five, users can write notes themselves. However, repeatedly writing unhelpful notes will result in the contributor becoming unable to write notes.

With the introduction of a new onboarding process, Twitter also wants to expand its contributor base. It is planned to frequently accommodate large groups of suitable applicants for the birdwatch program and to monitor the impact of a larger base.

Twitter will also increase the visibility of notes on public tweets in the coming weeks. People in the US will see more tweets that Birdwatch identifies as helpful.