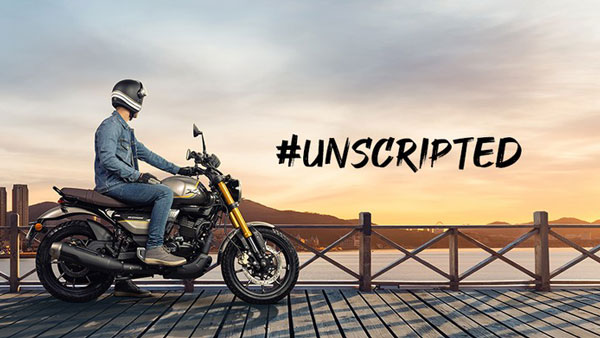 According to some reports, a 225cc engine can be found in this motorcycle. Talking about the output of this engine, it can deliver a maximum power of 20 bhp and will be mated to a 5-speed gearbox. The TVS Ronin 225cc will sport a neo-classic body style.

This motorcycle is a crossover between a conventional low-slung cruiser and a rugged scrambler. Its bodywork includes a tapered fuel tank, with clear knee-indented, old school style side panels, but no tailpiece fitted.

The dual-tone color scheme, black finished engine and wheels add to the aesthetics of the motorcycle. The TVS Ronin 225cc will use strong gold finished inverted telescopic front forks, alloy wheels, thick tires and a full LED headlamp, which will make it a better bike in the premium segment.

This instrument cluster is likely to include mobile phone connectivity, TVS SmartXonnect system. Apart from this, brown saddle installed, chunky exhaust canisters, front and rear disc brakes are other great features. It is believed that dual ABS feature will also be given in it.

Let us tell you that this new 225 cc motorcycle from TVS is based on the TVS Zeppelin cruiser concept, which was showcased at the Auto Expo 2018. It is worth noting that there are significant differences between them. The concept, for example, featured a liquid-cooled engine, spoke wheels and a full blown tailpiece.

But the point to note is that all these things are missing in the production-spec model. Due to all these great features, it is being speculated that the price of this motorcycle can be around Rs 1.5 lakh (ex-showroom). Coming to the competition, this motorcycle is entering a completely new segment where it has no rivals.