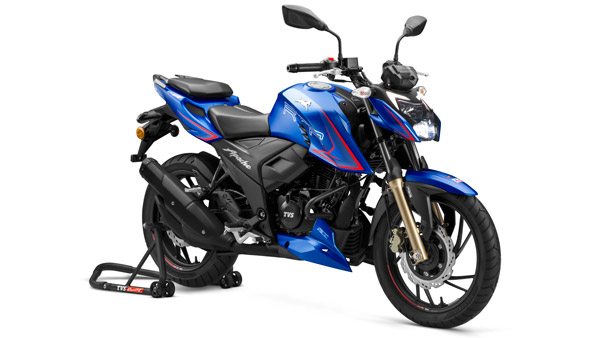 They were also a major contributor as compared to the 86,616 units of scooters sold last month. However, the scooter sales declined by 10.29 per cent as compared to 95,525 units sold in February last year. TVS said the shortfall in supply of semiconductors impacted production and sales of premium two-wheelers in its portfolio.

However, TVS Motor said that it is optimistic about the improvement in supply in the coming months. Talking about the company’s exports, TVS Motor shipped 1,07,574 units last month, registering a growth of 6 per cent year-on-year, as compared to 1,01,789 units exported in February 2021.

The recovery in sales has emerged as a sign of recovery, with the three wheeler sector being the worst hit during the pandemic. Let us tell you that TVS Motor has crossed one million two-wheeler exports in the financial year 2022, which was informed by the company only last month.

The company has touched this figure for the first time in any financial year. The company’s TVS Apache series, HLX series, Raider, Neo series are the largest shipped two wheelers, surpassed by the increasing demand for two wheelers across the globe. Presently the company is present in 80 countries around the world.

A few months back, the company had achieved another major sales milestone globally. TVS Motor has completed the worldwide sales of 2 million units of its HLX series of motorcycles, which is a big achievement for the company.

TVS Motor sells the HLX series of motorcycles in the global market in four variants, which include TVS HLX Plus (100-cc), TVS HLX 125, TVS HLX 150 and TVS HLX 150X. It is currently being sold in 42 countries of Africa, Middle East and LATAM apart from India.

The company first launched this bike in the year 2013. The TVS HLX series has been one of the biggest success stories for the brand globally. The bike has added another million units in a span of two years after the two-wheeler maker registered the one million sales landmark.