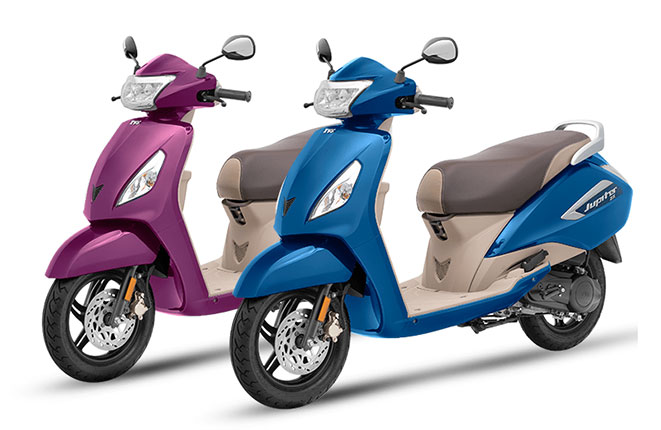 TVS Jupiter is the company’s best selling scooter, but till now it used to come in 110 cc segment. In such a situation, the question was, when the entire market is rapidly moving towards the 125 cc segment, then where is TVS Jupiter. Finally, TVS Motor Company has given the answer to this question. In the month of October last year, the company launched its TVS Jupiter 125 (TVS Jupiter 125), in which many major changes have been made. However, how much these changes fit in your budget, today we are going to tell you in our review. So let’s have a look…

The look shows a glimpse of cost cutting

Longest seat in the segment and huge boot space

The TVS Jupiter 125 has the longest seat in the segment, where two people can sit comfortably and yet you are getting a lot of space in it. Apart from this, it gets the largest boot space of 33 liters in the segment.

What is special in petrol tank and fuel cap?

Talking about the major changes made in the TVS Jupiter 125, now instead of the rear, you will get a petrol tank under the feet in its front. The company says that it is quite safe. Even if there is a collision with something on the bottom panel, then there will be no accident in it. This claim also seems to be true in many respects. Apart from this, it now gets a ‘Fuel Filler Cap’ at the front, which opens from the front with the scooter key. That is, now you will not have to open the seat to fill petrol. You can fill petrol without any hassle by opening the fuel cap given on the front. It is very much like an electric two-wheeler, where you get a charging port on the front for charging.

Charge your smartphone while riding

TVS Jupiter 125 has a USB port for charging the smartphone, with the help of which you can charge it even while driving. Just below the USB port, you will find a 2 liter glove box, in which you can easily carry a water bottle or smartphone.

Inteligo technology will get more mileage

Inteligo technology has been given for better fuel efficiency in TVS Jupiter. Understand this feature in simple language, then when this scooter is stopped for some time at the traffic light or any other place, then its engine will stop automatically. At the same time, as soon as you release the throttle, the engine will start again. The company claims that this technology will give 15 percent more mileage than before. At the same time, the life of the engine will also increase.

Talking about safety, side stand cut off feature has been given in TVS Jupiter 125. Simply put, now the scooter will start only when you remove its side stand. Apart from this, if the side stand is accidentally installed in the moving scooter, then it will stop automatically. That is, now you will not have to worry about the side stand while driving.

It has a semi-digital instrument cluster, where it gets an analog meter to monitor the speed. On its screen, you can access many information at once. These also include audio meter, side stand indicator, trip meter and fuel indicator. Apart from this, you can see the economic speed on the screen of the scooter, at which you can get the maximum mileage by driving.

Now let’s talk about how to drive TVS Jupiter 125? Its weight is only 108 kg. That’s why you will get a light drive experience when you drive it. Its handling is quite smooth. It also gives a much better grip on winding roads. It has a ground clearance of 163 mm and a seat height of 790 mm. The dimensions of the scooter are such that whether you drive it in the city or on the highway, you will get a comfortable ride experience at both the places. To say it is a commuter scooter, but it can easily catch the speed of 70 to 75 kms. We have driven it up to 80 kmph on empty roads. However, at this speed, a slight vibration is felt in the scooter.