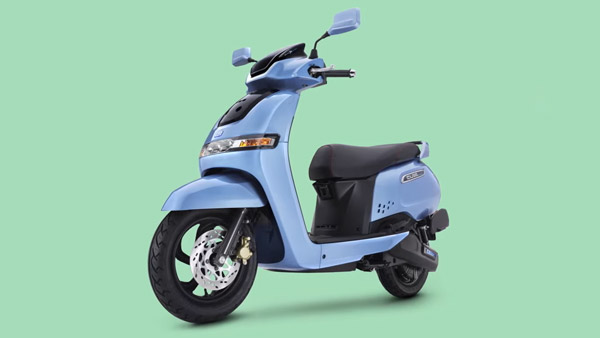 Now some reports are claiming that TVS is working on a hydrogen fuel cell powered scooter. Recently, pictures of the patent of TVS’s new scooter have surfaced, in which a thing like two cylinders is seen. It is being claimed in the reports that these cylinders can be of hydrogen. Apart from this, a battery is also being claimed in the foot board of the scooter.

It is being said that it is a module of a fuel cell scooter which has a hydrogen cylinder and battery. The pictures show that the rear wheel of the scooter is fitted with a hub electric motor which will be powered by electricity generated from the fuel cell. It is being told that to fill the hydrogen cylinder, space has also been given to remove the fuel cap or cylinder.

The fuel cylinder is connected via a pipeline to the converter where electricity is generated from hydrogen. As of now, TVS Motor has not officially revealed any such scooter to be brought, but it is clear from the pictures of the patent that the company may launch such a scooter in the future.

Currently, the company is selling the iCube electric scooter in its electric two-wheeler range. This scooter has been introduced with a 4.4 kWh capacity lithium-ion battery. In its old model, this scooter used to come with only 2.2kWh battery. The range of the iCube has also increased due to the large battery. While it earlier offered a range of 75 kms, now the new iQube offers a range of 140 kms.

The new TVS iCube is now offering more features than ever before. The base variant of the iCube gets a 5.0-inch color TFT display, which has been there since its inception, but the S and ST versions now get a 7.0-inch TFT touchscreen display.

The scooter’s connected features have also been expanded, and the 7.0-inch screen variant also has Alexa integration, where you can talk to your Alexa device at home and ask various questions about your scooter. A 32-litre underseat storage compartment has been given for the ST variant.

With the new TVS iQube electric scooter, a variety of charging options have now been given. Fast charging option is also available in this. The S and ST variants come with a portable charger of 650W and 950W, which can fully charge the scooter’s battery in 4.5 hours and 3 hours respectively. At the same time, the option of 1.5kW portable fast charger is also available in the ST variant.