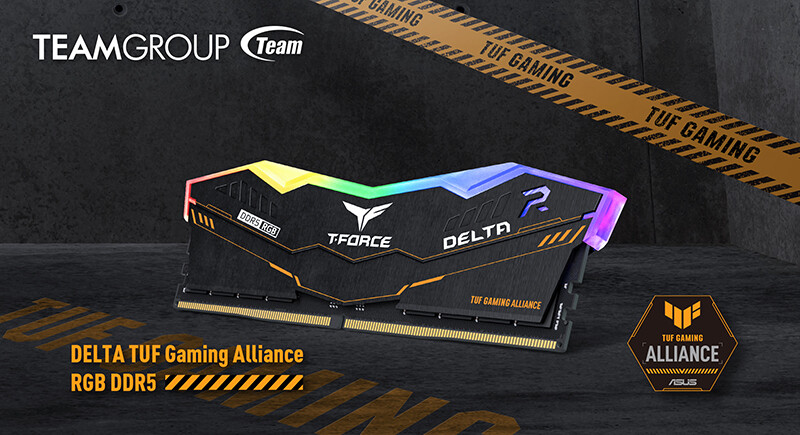 The modules are decorated with full-color backlighting, the diffuser of which follows the broken upper contour of the radiator. The authors of the radiator design sought to convey the appearance of a “stealth fighter” in it. The backlight is compatible with Asus Aura software, making it easy to create your own backlight schemes. As for the technical characteristics, the memory operates at an effective frequency of 6000 MHz and is supplied in dual-channel sets of two modules with a total volume of 32 GB.

In the future, the partners intend to release the T-Force Cardea TUF Gaming Alliance Z440 PCIe 4.0 M.2 SSD and other jointly developed products.