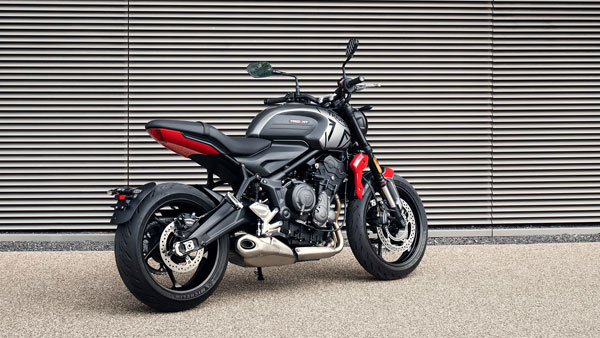 Let us tell you that the company launched Trident 660 in April, 2021 at a price of Rs 6.95 lakh (ex-showroom). In India, it is being imported as a Completely Built Unit (CBU) unit. This bike makes its place among some of the affordable bikes in Triumph’s lineup.

Triumph Trident 660 is a retro looking middleweight naked bike, in which many modern features have been given. Tubular steel parameter frame has been used in this bike. For braking, a 310 mm dual disc brake has been given in the front wheel of the bike and 255 mm single disc brake in the rear wheel.

The bike gets 17-inch alloy wheels fitted with Michelin tires. 45 accessories are optionally provided in the bike, using which the utility of the bike can be increased further.

Talking about the engine, it has a 660 cc inline triple motor, this engine has been taken from the Triumph Street Triple S. This engine provides 81 bhp power and 61 newton meter torque.

LED headlight, LED tail light and LED indicators have been given in the bike. The bike has a single exhaust belly silencer, which is installed under the engine. Features like USB charger and Triumph Shift Assist have also been provided in this bike.

There is a knee-cut design on the fuel tank of the bike. Apart from this, 5-spoke alloy wheel, adjustable brake lever and flat handle bar have been given. The seat of the bike can also be adjusted. This bike will be made available in 5 color options.