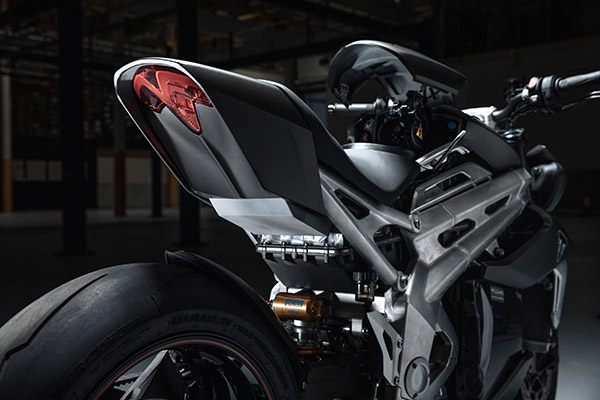 The highlight of the bike is that it uses a next-generation lightweight Lithium-Ion battery that delivers the same power as a high-powered lithium battery without compromising on range and charge. The company has reduced the weight of the TE-1 by using a lighter battery, thereby reducing the weight pressure on the motor and increasing the range.

In the powertrain of the Triumph TE-1 electric motorcycle, the company has used silicon carbide along with inverter technology, which increases the energy of the battery manifold as soon as it reaches the motor. The electric motor in this bike can generate more than 670 Bhp of power, which is more than a sports car. However, for a bike, it has been restricted to 130 bhp.

In the fourth phase of development of the TE-1 electric bike, it will be tested for 6 months. Triumph says that this development phase of the bike will be completed by the time of summer this year. After this, its production model along with the original body panels and paints of the bike will be revealed. At present, the company has not disclosed the range and charging details of the TE-1 electric bike.

Triumph bikes get expensive in India

Let us tell you that the company launched Trident 660 in April, 2021 at a price of Rs 6.95 lakh (ex-showroom). In India, it is being imported as a Completely Built Unit (CBU) unit. This bike makes its place among some of the affordable bikes in Triumph’s lineup.

Triumph Trident 660 is a retro looking middleweight naked bike, in which many modern features have been given. Tubular steel parameter frame has been used in this bike. For braking, a 310 mm dual disc brake has been given in the front wheel of the bike and 255 mm single disc brake in the rear wheel.

Talking about the engine, it has a 660 cc inline triple motor, this engine has been taken from the Triumph Street Triple S. This engine provides 81 bhp power and 61 newton meter torque.

According to the pictures, this bike is of sporty roadster design. It has a circular LED headlight in front and LED tail lamp at the rear. The phase indicators in the bike are given in LEDs. According to a report, the engine of this bike can be from 350cc to 500cc. In the middle weight segment, this bike will compete with Royal Enfield Classic 350, Jawa Classic 350, Yezzi Scrambler and Benelli Imperiale 400.