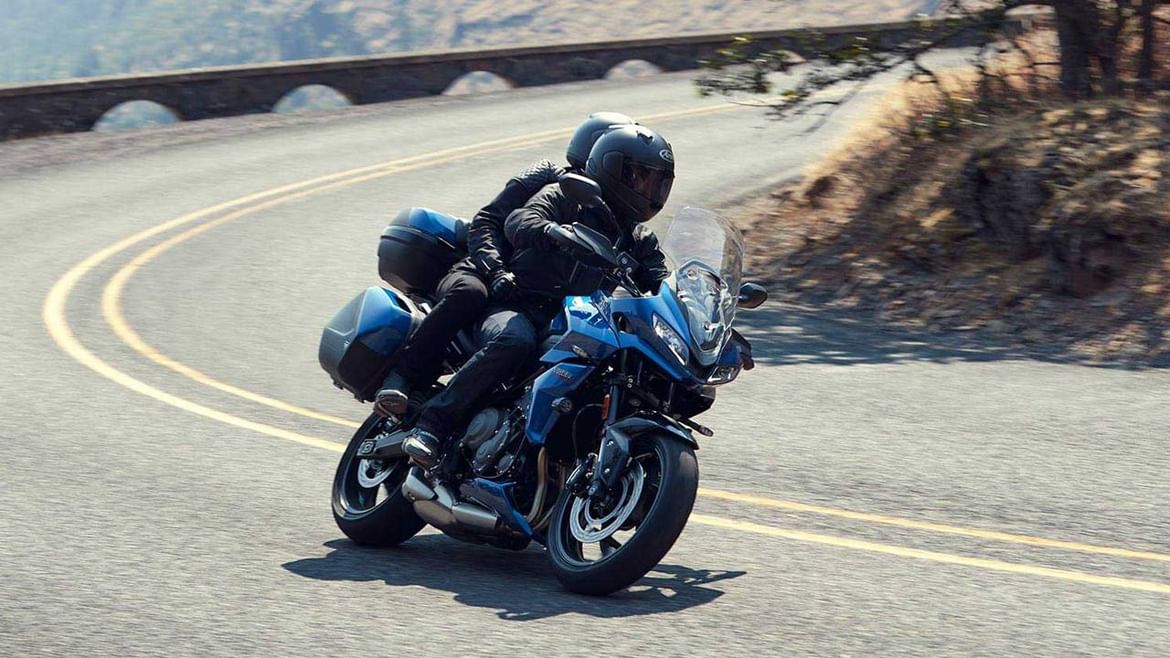 Triumph Tiger Sport 660 India : Triumph has introduced its new motorcycle in India, which is named Triumph Tiger Sports 660 . This motorcycle has been introduced in the global market last year and will now be available for sale in India. Its price has been kept at Rs 8.95 lakh (ex-showroom), while a hatchback car can be bought for less than this. The company has also told that this price is introductory and its price will increase in future. Let us know about the price and features of this bar.

Triumph Tiger Sports 660 is the entry level adventure touring model and it has been introduced in the global market last year. The company has opened its booking and it can be booked by paying a token money of 50 thousand rupees. Soon its delivery will start and it will be seen running on Indian roads.

It has been introduced in the Indian market in three colors. The first is Blue and Sapphire Black, the second is Korosi Red and Graphide. The third variant comes in graphite and black options. These colors are already present in the international market.

Other Features of New Tiger Sports 660

The new Tiger Sports 660 uses a 660 cc triple cylinder powertrain, which has been used in the Trident 660 as well. With the help of this engine, it produces 81 bhp power and 64 Nm torque. This engine comes with a 6 speed gearbox.

Talking about other key specifications, it has LED headlights, modern-looking Bluetooth ready TFT instrument console. Talking about the riding modes, there are road and rain options, which come with switchable traction control. There is also an option of ABS in this.