Tremendous steps taken for the safety of passengers, instructions given by Northern Railway 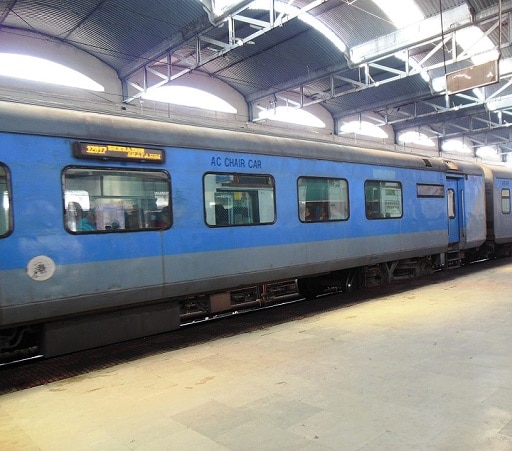 Northern Railway Zone : Indian Railways has made tremendous arrangements for the safety of the railways. Railways has taken full seriousness regarding the safety of passengers and timing of trains. In this direction, continuous steps are being taken at the railway zonal level. Let us tell you that through the review meeting at the general manager level, it is being considered to fix the system at every level.

review meetings begin
Ashutosh Gangal, General Manager, Northern Railway, said that he reviewed the work progress through video conferencing with the Heads of Departments and Divisional Railway Managers. In the meeting, special emphasis is being laid on providing passenger facilities at the stations and improving the station building etc. including the main gates of the stations.

Take care of these features
Passenger amenities have been specially included in the expansion of platforms, washable aprons, leveling of platforms, second entrance entry, foot-over-bridge, escalators, lifts and facilities for the disabled. General Manager Gangal also reviewed the work of increasing mobility and other developmental infrastructural works and freight loading.

1,078 crack trains operated
He said that Northern Railway has run 1,078 crack trains from 28 July to 03 August 2022 for availability of rolling stock in freight movement. He has stressed on better crew management and utilization of manpower. He has directed to run a campaign to maintain a better record of timings of trains and to check the progress. He stressed on increasing the safety during the ongoing monsoon season and directed to make all possible efforts to remove the bottlenecks during rail operations.

Emphasis on cleaning rail tracks
General Manager Ashutosh Gangal said that the maintenance standards of rail tracks, welds and works done by the zone to remove the scrap lying near the tracks were reviewed. He stressed the need to focus on electrical safety on tracks, trains and premises. He said that increasing the speed of the train is our priority and the works related to it should be expedited so that they can be completed on time.

Tree pruning and maintenance
The General Manager also took note of the work being done to improve the maintenance standards by cutting of trees along the tracks and removing bushes and weeds. Gangal stressed on minimizing human errors in rail operations. The cracks and rail velds of railway tracks should be closely monitored and no errors should be left unattended.