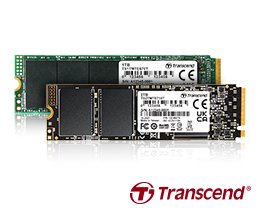 Transcend this week announced the release of industrial-grade solid state drives that use 112-layer 3D NAND flash memory. These are M.2 2280 drives with PCIe interface. The series includes the MTE720T, MTE710T and MTE670T models. The basis of the first is an eight-channel PCIe Gen4 x4 controller, the second is a four-channel PCIe Gen4 x4 controller. In both cases, caching is done in DRAM. These models support the NVMe 1.4 protocol. The PCIe Gen3 x4 model MTE670T does not have DRAM and supports the NVMe 1.3 protocol.

The use of 112-layer memory made it possible to obtain twice the storage density compared to drives on 96-layer memory. In addition, 112-layer 3D NAND provides faster data transfer rates, up to 50% faster than its predecessor. Its resource is 3000 rewriting cycles. Drives are guaranteed to operate in an extended temperature range (from -20°С to 75°С).