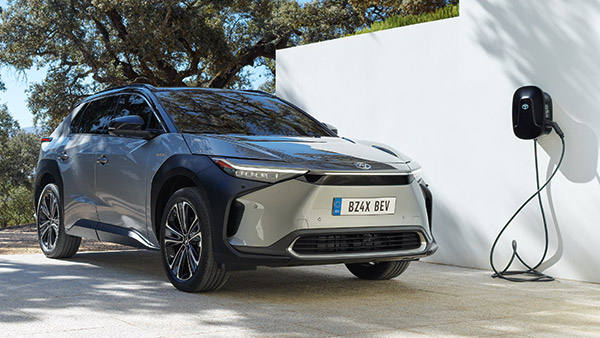 There is a difference in the range of both the variants but the company has used the same battery pack in both which is a 72.8 kWh Lithium Ion battery pack. According to the information or electric car consumes 15.8 kWh of energy per 100 kilometers. The company has also supported 150 kW DC fast charging with 6.6 kW AC simple charging to charge the battery.

The electric motor of the Toyota bZ4X produces 201 Bhp of power and 265 Nm of torque. At the same time, this SUV can accelerate from 0 to 100 kilometers per hour in just 8 seconds. The company has built the bZ4X electric SUV on the eTNGA architecture, which the company will use in its upcoming cars as well.

Toyota Motors is preparing to start deliveries of the bZ4X from this year itself. The company has fixed its price in the United Kingdom at 41,950 Euros. Buyers also get the option to lease an all-electric crossover with Wallbox charger, connected technology and maintenance. The company is also giving a warranty of 10 lakh km on this car.