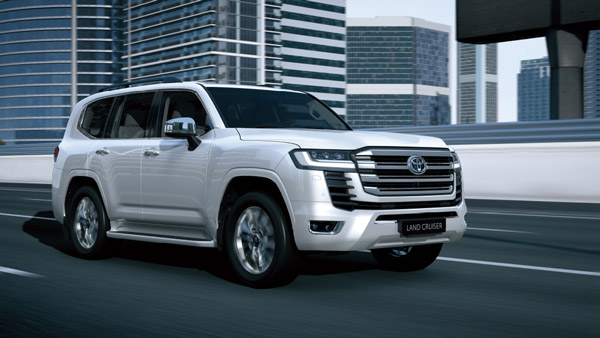 Toyota Kirloskar has already started the official bookings for the Toyota Hilux and has also introduced a new lifestyle pick-up truck. It is available in two variants and one diesel engine. It will be launched with a 2.8-litre diesel engine. Toyota Hilux prices will be announced in March.

Toyota’s D22 is a new mid-size SUV that is currently under development. It is being developed in association with Maruti Suzuki. It is expected to launch before the end of this year. The D22 will be manufactured at Toyota’s plant in Gujarat. It can be given a hybrid system with a petrol engine.

Toyota has started development on a new C-segment MPV. It is codenamed 560B and will be launched after the D22 mid-size SUV. It can be launched sometime in the year 2023. It will be pitted against Kia Carens and Hyundai Alcazar.

Toyota launched the new 300-gen Land Cruiser last year and it has been a huge success. It is expected that Toyota will also bring its flagship SUV to India sometime next year. The Land Cruiser already has a waiting period of 4 years, so the manufacturer will have to settle that first.

Maruti Suzuki is working on a new coupe SUV, which will be placed below the Maruti Vitara Brezza. Codenamed YTB, it will share a lot of ground with the Maruti Baleno premium hatchback. It is expected that Toyota will also launch its own version of this compact SUV. It can be launched in the year 2023.

Several test mules of the Toyota RAV4 SUV have been spotted on Indian roads. Last year, information surfaced that Toyota is considering launching the RAV4 SUV in the Indian market through the CBU route. It comes with a 2.5-litre, four-cylinder petrol engine, which also gets a hybrid system.

Toyota is rebadging the Maruti Suzuki Ciaz and selling it in the international market. The company can also bring Toyota Belta to the Indian market. They have already filed a trademark for the name and have also stopped selling Toyota Yaris. The Belta will replace the Yaris in Toyota’s portfolio.

Toyota has also rebadged the Maruti Suzuki Ertiga and the company has started selling it in the South African market. It is believed that Toyota Kirloskar may also bring this 7-seater MPV to India and it will be placed below the Toyota Innova Crysta.

Maruti Suzuki has updated its premium hatchback Maruti Baleno. So, we expect the same update to happen for the Toyota Glanza, which is just a rebadged Maruti Baleno. A lot of changes have been made to the Baleno and it is believed that all of them will be given in the updated Glanza as well.