Toyota Urban Cruiser Hyryder to be launched on this date! Price may start from around Rs 10 lakh 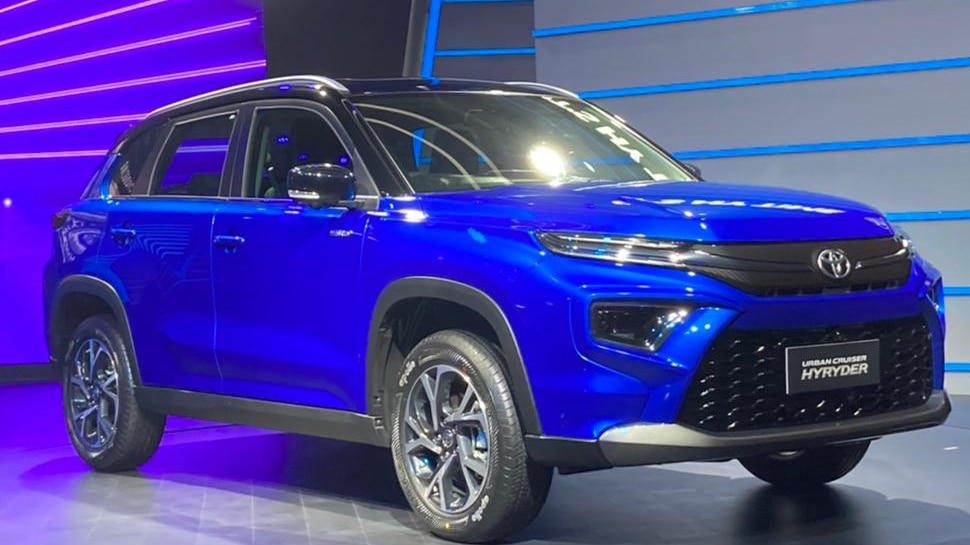 Toyota Urban Cruiser Hyryder Launch Date: Japanese automaker Toyota recently introduced its all-new mid-size SUV Urban Cruiser Hyrider and now the sales of this SUV are about to start. The company is ready to start its sales in India from August 16, 2022. It is worth noting that it will compete with Hyundai Creta, Kia Seltos, Skoda Kushak, Volkswagen Taigun, MG Astor and the upcoming Maruti Suzuki Grand Vitara in the market. Bookings for the Toyota Hyder have already been started with an initial amount of Rs 25,000. According to some reports, its starting price can be close to Rs 10 lakh. This will be the first offering co-developed under the partnership of Toyota and Maruti Suzuki.

The carmaker has confirmed that the Urban Cruiser Highrider will be offered in four trims – E, S, G and V. The top three variants will be available with a strong hybrid powertrain while the lower variant will come with a mild hybrid setup. Strong hybrid technology will get 1.5L TNGA Atkinson cycle petrol engine (115bhp) and 177.6V lithium-ion battery. It will get Toyota’s e-drive transmission. Known as the Neo Drive, the mild hybrid powertrain will get Maruti Suzuki’s 1.5L K15C petrol engine with Integrated Starter Generator (ISG). It will either get a 5-speed manual or a 6-speed torque converter automatic gearbox.