Toyota Urban Cruiser among the safest cars in the country, gets 4-stars in Global NCAP test 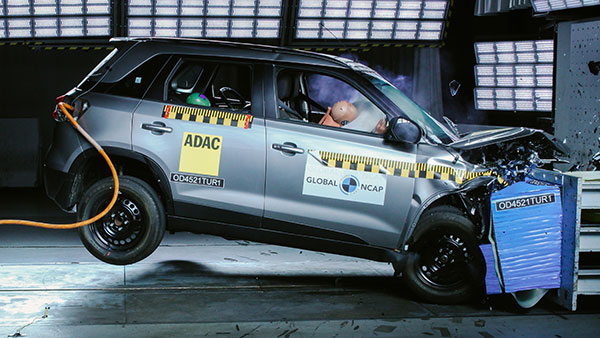 In the crash test, the Toyota Urban Cruiser scored 13.52 out of 17 for adult safety and 36.68 out of 49 for child safety. It can be seen in the video that the subcompact SUV has provided good head and neck protection to the driver and the passenger.

On the other hand, this protection has been marginal for the driver’s knee and the passenger’s right knee. Its bodyshell has also been rated as stable. Toyota Urban Cruiser provided proper chest and lower neck protection for 3 year old dummy.

In addition, the car provided good protection to the head and neck of a 1.5 year old child’s dummy. To recall, the Toyota Urban Cruiser, which is essentially a rebadged version of the Maruti Vitara Brezza, has scored better than its donor car.

Toyota Urban Cruiser was launched in the Indian market in September 2020 and now the company is going to give a significant update to this car in the coming months. If some reports are to be believed, the new Toyota Urban Cruiser will be followed by the second generation Vitara Brezza, which is slated to launch in May 2022.

Extensive changes will be made inside its cabin. The new 2022 Toyota Urban Cruiser could use a redesigned dashboard, wireless smartphone connectivity and a large touchscreen infotainment system (developed by Suzuki and Toyota) with navigation and voice recognition.

No change is expected in its engine. Currently, the Toyota Urban Cruiser is powered by a 1.5-litre naturally aspirated petrol engine that produces 104 Bhp of power and 138 Nm of torque. Its gearbox could be updated and it could get a 6-speed torque converter unit.