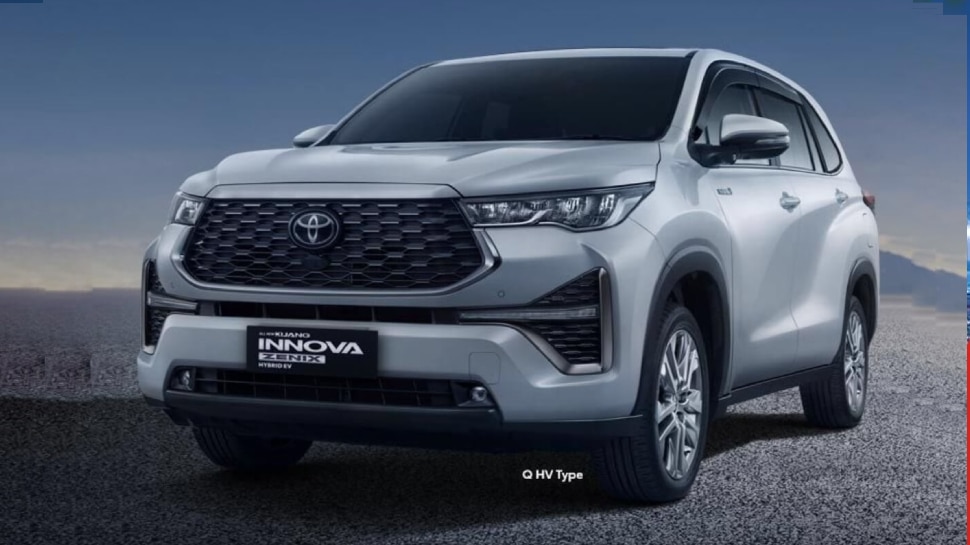 Toyota Innova HyCross Launch: The Toyota Innova Hycross is bigger in size and bolder than the Innova currently sold in India. It will be introduced in India on 25 November. At present it has been brought to Indonesia.

Such is the design Talking about the design, it looks more like an SUV than an MPV. At first glance, it might look quite similar to the MG Hector SUV. It has been given a big and bold grille, which is decorated with attractive LED headlights and LED DRLs. The front bumper is also muscular, with large air vents on either side.

The Innova Zenix measures 4,755 mm in length, 1,850 mm in width and 1,795 mm in height. Its wheelbase will be 2,850 mm and ground clearance will be 185mm. It uses a monocoque chassis, which improves ride quality, handling and body roll.

Engine and Mileage
It has been given a 2.0-liter petrol engine, with which the company’s 5th Generation Hybrid Technology has been used. It is being speculated that this car will offer a mileage of 20 to 23Kmpl. Both the petrol and hybrid engines are mated to a CVT transmission unit. Hybrid models get three drive modes – Eco, Normal, Power.