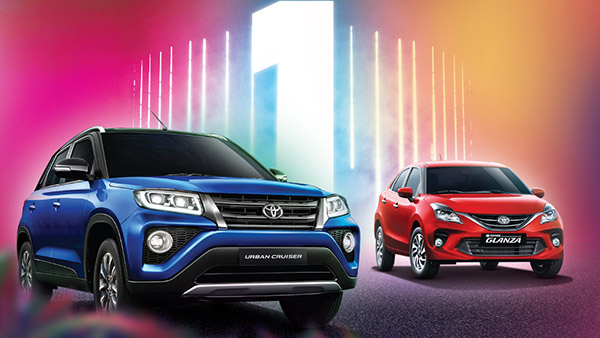 Let us inform that in February 2021, the company sold a total of 14,075 units of cars in domestic wholesale, while in January 2022, the company sold 7328 units. The sales performance was informed by Atul Sood, Associate Vice President, Sales & Strategic Marketing, Toyota Kirloskar Motor.

He further added that “Similarly, the overall sentiment in the market remains positive as we are witnessing a steady rise in demand trends. This has led to a steady increase in order bookings, especially for Innova Crysta as well as Fortuner. And as a next step, we look forward to fulfilling the pending orders from our side.”

The pair of Toyota Glanza and Urban Cruiser has been made expensive in the month of February. The price hike of the models has been done according to the variant. Prices of all variants except the G Hybrid trim of the Toyota Glanza have been hiked by Rs 21,000.

The price of Toyota Glanza G Hybrid variant has been increased by Rs 45,000. The Toyota Glanza is powered by a two-tuned 1.2-litre petrol engine. The standard variant’s engine generates 82 bhp power and 113 newton meter torque.

On the other hand, in the hybrid version, the engine works in conjunction with a lithium-ion battery. The hybrid engine produces 89 bhp and 113 newton meter of torque. Transmission options include a five-speed manual and CVT gearbox.

Talking about the Toyota Urban Cruiser, this SUV is available in three trims – mid, high and premium. The Urban Cruiser is powered by a 1.5-litre petrol engine that produces 103 Bhp and 138 Nm of torque and is mated to a 5-speed manual and 4-speed torque-converter automatic transmission.

The company has so far sold a total of 65,000 units of Glanza and 35,000 units of Toyota Urban Cruiser. Let us tell you that the company is preparing to launch the facelift model of Glanza. The Toyota Glanza hatchback is sold in India as a rebadged model of the Maruti Suzuki Baleno.