Toyota is about to launch a new compact SUV, will be the first in the segment with a hybrid system 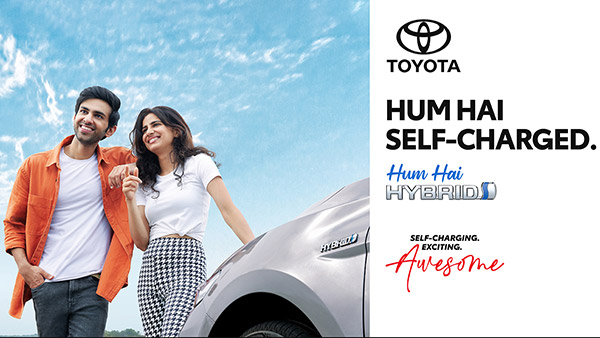 It is being told that the company has codenamed this compact SUV as D22 and after its launch in the market, this Toyota car will compete with the Hyundai Creta and can be launched in the market by the middle of 2022. This SUV will also have a Maruti Suzuki counterpart.

Not much has been revealed about the upcoming Toyota D22, but the teaser confirms that it could be a self-charging hybrid car, which will be the first of its kind offering such an engine in India. It will be the first car in the segment.

Another reason why it is being speculated that the same engine will be used in this SUV is because the Toyota Yaris Cross was recently spied testing in India. According to some reports, Toyota’s new SUV will be based on the local version of the carmaker’s TNGA platform.

Since Toyota’s new SUV can be introduced in June, it can be launched in August. Talking about the price, the company can launch it at a competitive price, so that it will be able to compete easily with its rivals. This price range will be the same for its Maruti Suzuki counterpart as well.

After its launch in the Indian market, this car will compete with MG Astor, Volkswagen Taigun and Skoda Kushaq, apart from Hyundai Creta and Kia Seltos. Coming to the hybrid, Honda is also bringing a self-charging offer in the form of City: eHEV, which was recently introduced in a similar price range.