Toyota introduced the hottest hatchback 2023 GR Corolla, the company has given the best features 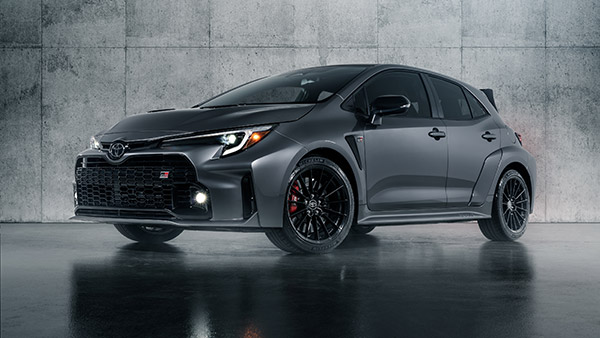 It is being told that Toyota GR Corolla will be launched in the market for sale in the last quarter of this year. This is going to be the fourth GR model in the company’s line-up. Toyota’s portfolio already includes three cars namely Toyota GR Supra, GR86 and Toyota GR Yaris.

Talking about the exterior of the Toyota GR Corolla, very aggressive exterior changes have been made in it. Talking about the key highlights, it includes new bumpers at both the ends, redesigned alloy wheels, wider fenders, functional air vents and more.

Talking about the engine found in the Toyota GR Corolla, it uses a 1.5-litre homologation-special 3-cylinder inter-cooled-turbo engine. Let us tell you that this engine is also used in Toyota GR Yaris. This engine provides maximum power of 295 bhp.

To provide that much power, this engine uses a triple-exhaust muffler along with a valve mechanism. In addition, the Toyota GR Corolla also sports a GR-4 AWD mechanism, which makes use of limited-slip differentials at both the ends.

A 6-speed short-stroke gearbox is used with this engine. The GR engineers have also separated the 4WD mode and the drive mode to improve the driving performance of the car. Pillow-ball bushings with advanced springs and shock absorbers have been used to enhance control over the corners.

The company claims that the body shell of the Toyota GR Corolla has been made stronger than the regular Toyota Corolla. The rear wheel wells for better stability and additional braces under the floor have been strengthened. The GR Corolla will use exposed-caliper disc brakes for braking duties.

According to the information, the Toyota GR Corolla will not be sold as a stripped-off hatchback, but will be positioned as a great feature-loaded car. The latest Toyota Safety Sanse2 package from the Japanese car company will keep passengers safe in day-to-day driving conditions and even on track days.