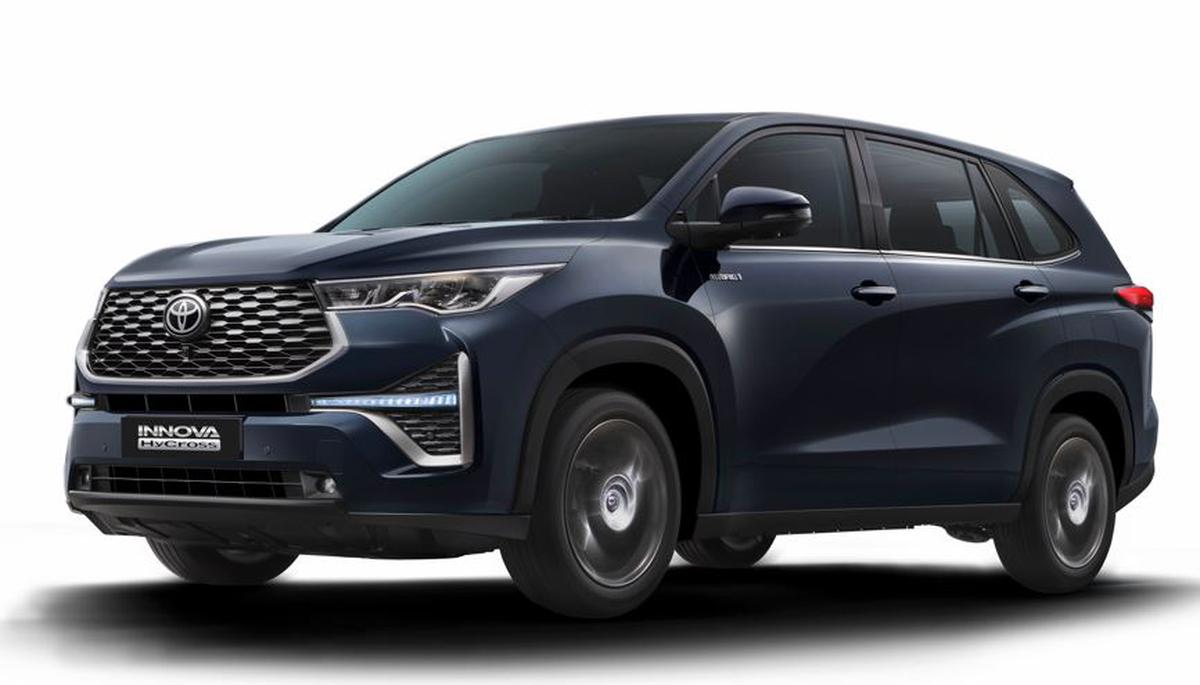 Toyota Innova Hycross Launch: The company introduced it in November and has now announced its prices. The company has placed the initial price of Innova Highcross at Rs 18.30 lakh.

Toyota Innova Hycross price: Toyota has launched its new MPV car Innova Highcross (Innova HyCross) in India. The company introduced it in November and has now announced its prices. The company has placed the initial price of Innova Highcross at Rs 18.30 lakh. While the price of its top model has been reached at Rs 28.97 lakh ( X-showroom ). Booking of the car has already started. Customers can book it for 50 thousand rupees. It will be sold in conjunction with Innova Crysta.

It has been brought in two powertrain options – petrol and petrol + hybrid. Petrol engines are found in G and GX trims. While the self-charging hybrid version will be available in three variants, ZX(O), ZX and VX. It will also have a choice of 7 and 8 seater to choose from. See here the price of every variant

SUV design
It is special that the design of the new Innova Hycross is inspired by SUV. It features a hexagonal grill with chrome, large headlamps like Fortuner, horizontal day-time running lamps, surround body cladding. The side features an 18-inch alloy wheel and a large glasshouse like Crysta. Roof mounted spoiler at the rear, LED taillights, scooped-out number plate housing and black-out rear bumper.

Interior of Toyota Innova Hycross
It is completely new in the interior. The highcross features a 10.1-inch floating touchscreen, wireless Android Auto and Apple CarPlay, a dashboard gear lever console, a 7-inch digital driver display, and a 360-degree camera. Apart from this, you have features like panoramic sunroof, connected car technology, ventilated seats, ambient lighting and ADAS.