Toyota Innova Hycross: In how many variants will Toyota’s new Innova Highcross come, know how it will be safe, full details of features 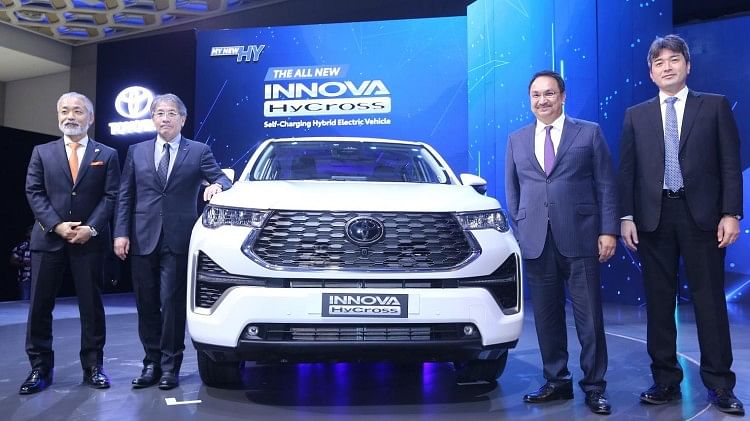 The new Innova Highcross was introduced in India by Japanese car company Toyota in late November. In the new year, the company will launch the MPV. If you too are thinking of buying this MPV, then definitely read this news. In this, we are giving information like features, variants, engine of MPV.

how many variants will there be

This information has also been given by the company on the official website. According to which a total of five variants of the new Innova Highcross will be introduced in the Indian market. Two of these variants will come with petrol and the remaining three with hybrid technology. Petrol will have G-SLF and GX variants. While the company will offer VX, ZX and ZX option with hybrid technology.

Seats will also be available

how will the engine

The MPV will currently be offered in the market with petrol and hybrid engines only. Talking about the petrol engine, it has been given a 1987 cc four cylinder TNGA 16 valve inline DOHC VVTi engine. Due to which the MPV will get 172.992 horsepower with 209 Newton meters of torque. There will be no option of any kind of battery and EV mode in the variants coming with this engine. However, only one eco mode will be given for driving in its G-SLF variant. The GX will also have the option of Power Mode with Eco. Front and rear disc brakes will also be available across all variants of the MPV. Only automatic transmission will be available in all its variants.

How will the features

The Innova Highcross also has a long list of features. But only the top two variants get the panoramic sunroof. The company will offer dual LED headlamps in both the petrol variants while the rest three variants will get LED position headlamps with Tri Eye LEDs. In its rear, both the petrol variants will get reflectors with LEDs while the other three trims will get full LED rear lamps. DRLs will also be available in the top three variants only and front fog lamps will be given in the top two only.