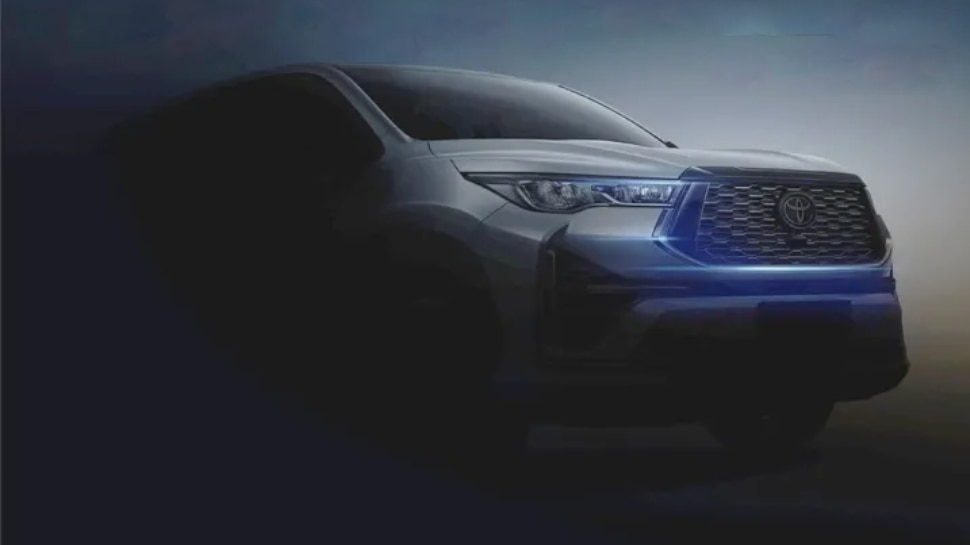 Toyota Innova Hybrid Launch in india: Japanese automaker Toyota is soon going to launch its MPV car Toyota Innova HyCross in India. The launch of Toyota Innova High Cross in India is going to happen on 25 November. Before the launch, the details of this vehicle are coming out one by one. Recently, a spy video of the vehicle has surfaced, in which the MPV is seen with a panoramic sunroof. Apart from this, a list of many other features of the vehicle has also been released in media reports.

Panoramic sunroof to be so big
The spy video confirms that the upcoming Toyota Innova Highcross will come with a panoramic sunroof. It extends from the windscreen to the C-pillar of the MPV. Apart from this, the vehicle also gets a new 3-spoke steering wheel, new dashboard with glossy bits on the center console and a large floating touchscreen infotainment system.

It is being said that the new Toyota vehicle can get features like 360 ​​degree camera, ventilated front seat and wireless phone charging. Apart from this, there is also speculation that this will be the company’s first car in India which will come with Advanced Driver Assistance System (ADAS). This system means that the vehicle will get features like automatic emergency brake, pre-collision system with pedestrian detection, adaptive cruise control, lane departure warning, dynamic radar cruise control and road sign assist.

Toyota Innova Highcross: Engine and Price
The MPV is expected to be powered by a 2.0-litre hybrid powertrain. However, the power output of the engine is not yet known. Talking about its price, it is expected to be between Rs 35 lakh and Rs 40 lakh (ex-showroom).