Toyota Innova Highcross teaser released for the first time in India, know what is special 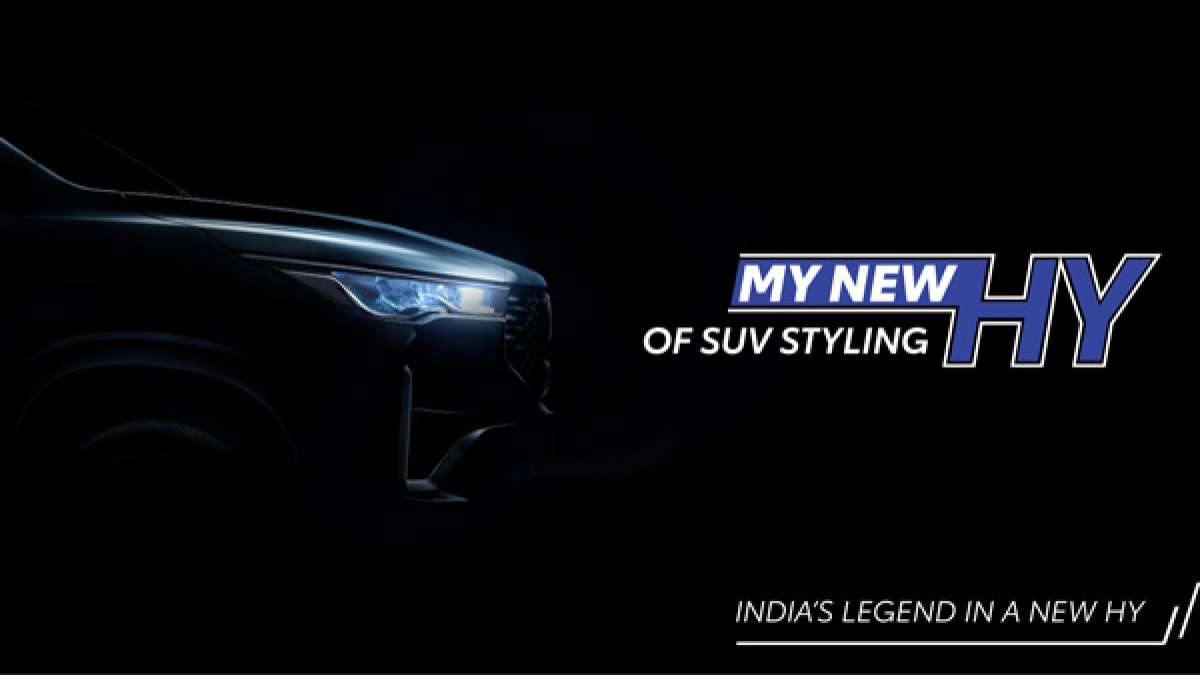 Japanese carmaker Toyota has released the teaser of the all-new Innova Highcross ahead of its launch. It is expected to be unveiled on November 25, four days after its global debut.

A teaser image for the India-spec Innova Highcross MPV has surfaced on the Japanese firm’s social media, which shows a side view of the MPV’s front end.

The images released reveal that the upcoming Toyota Innova Highcross SUV gets a change in the front end. The Innova Highcross will sport a large panoramic sunroof, a large touchscreen for the infotainment setup along with leather covers for the seats.

The leaked images show the swoopy and sleek new headlights flanked by a chunky hexagonal grille with chrome accents. The new MPV also gets an updated set of taillights and new alloy wheels. The upcoming Innova Highcross MPV will also get several mechanical changes that will make it different from before. The new Innova will replace the diesel in the Hycross petrol and Strand Hybrid petrol engines.

Instead of the 1.5-litre hybrid system seen on the new Urban Cruiser header, the new Innova Highcross is expected to get a 2.0-litre version of the Japanese firm’s strong hybrid setup. However, the biggest change could be in the chassis of the new Innova Highcross. The new version of the Innova will ditch the ladder-on-frame setup for a monocoque based on the TNGA architecture.

The new Innova Hycross will also mark the first time that the Innova will send power to its front wheels. The previous generations of the Innova all featured rear-wheel drive, but the latest Highcross is all set to let the front wheels do all the work.

Toyota is expected to open bookings for the Innova Highcross after the unveiling of the new MPV on November 25. At the same time, its prices can be announced in Auto Expo 2023.