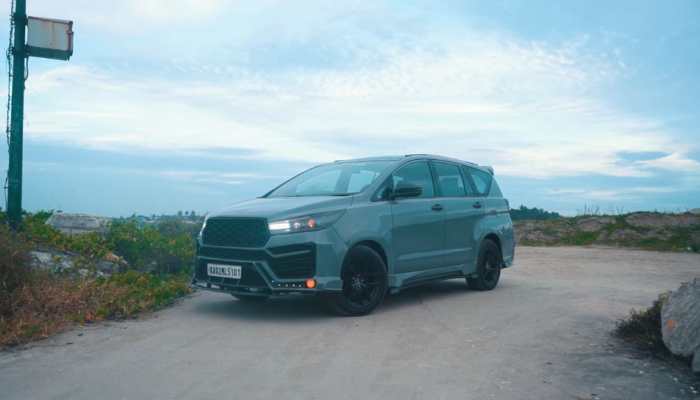 The Toyota Innova Crysta modified with a Lamborghini Urus body kit is its kind of head turner, although alarmed with several design elements, the MPV still retains its original persona, read on.

When it comes to MPVs, chances are every Indian could call Toyota Innova Crysta their number one choice. The MPV is liked by a wide range of consumers for its spacious character and the reliability that comes with the company’s trademark. But apart from being a popular comfortable car, the 7-seater is also one of the most popular options for modifications. There have been numerous examples of Innova Crysta modification that have caught the eye, but here we have one that will hold your attention for quite a while. This Toyota Innova Crysta was modified in an attempt to mimic the design of a Lamborghini Urus by Icon60 Autocustoms of Kerala.

But how do you modify an MPV to look like a sport SUV? While not an exact copy of the Lamborghini Urus, the Toyota Innova Crysta with the body kit still hits all the right spots. The 2017 Innova Crysta is the first of its kind after the modifications while also retaining its original personality. In addition, the car gets a large grille in the front, similar to what you might see on an Urus. After that, it also has a large air vent-like structure that replaces the bumper just below the grille. 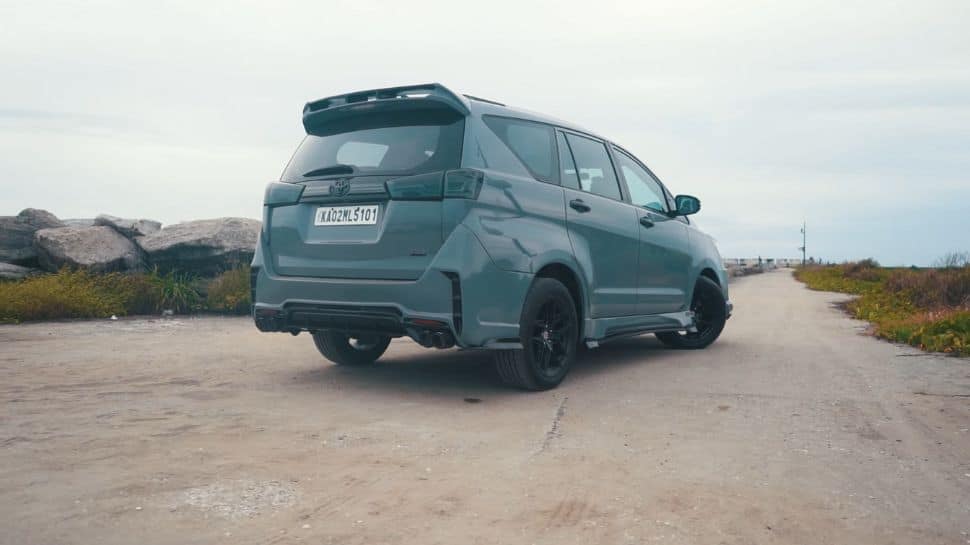 Uploaded to Youtube by Gokz Motography, the video gives us a glimpse of the Toyota Innova Crysta’s original design cues, preserved in the form of the customized headlight (which looks more or less the same), which has been seamlessly fused with the rest of the body, in order to give it an elegant street style look. The rest of the body doesn’t seem to have changed much at first glance. However, it does get dark 18-inch alloy wheels and some other subtle styling touches like dark door handles and carbon-fiber finish on OVRMs, among other things. 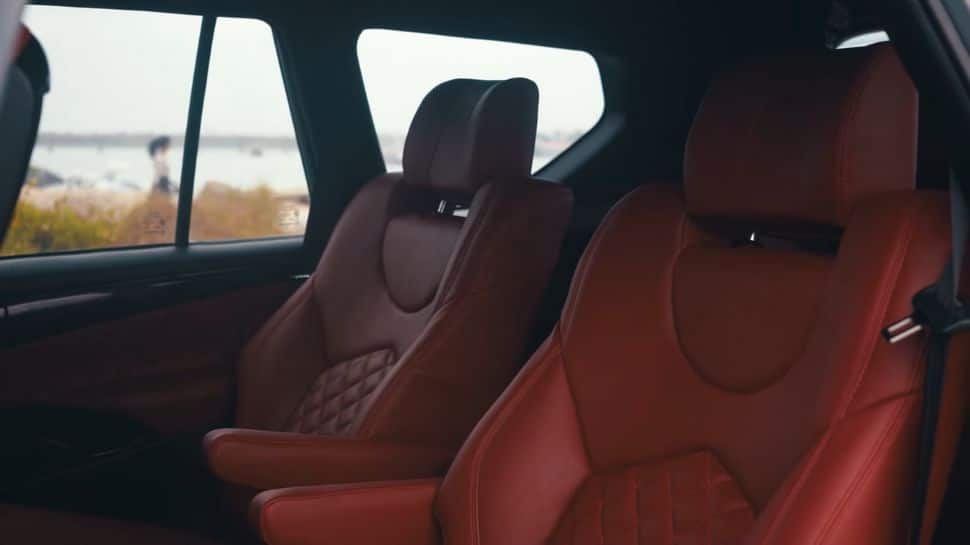 The Toyota Innova Crysta with the Lamborghini Urus body kit also gets an LED strip on the tailgate that connects the taillights. Here you can also see a bespoke diffuser, a rear bumper with four tailpipes and a roof-mounted spoiler. Akrapovic supplies twin tailpipes for the Innova Crysta, which improve the overall appearance of the vehicle.

Modifications were also made to the interior of the car. The cabin gets a burgundy upholstery. In addition, it gets forged carbon inserts on the dashboard. All this is complemented by Nardo Gray paintwork on the body of the modified Toyota Innova Crysta. It should be noted that the car’s engine was also modified. It now receives a level 1 remapping to improve MPV performance. All these changes were made by the modifiers at a cost of 5-6 lakh.