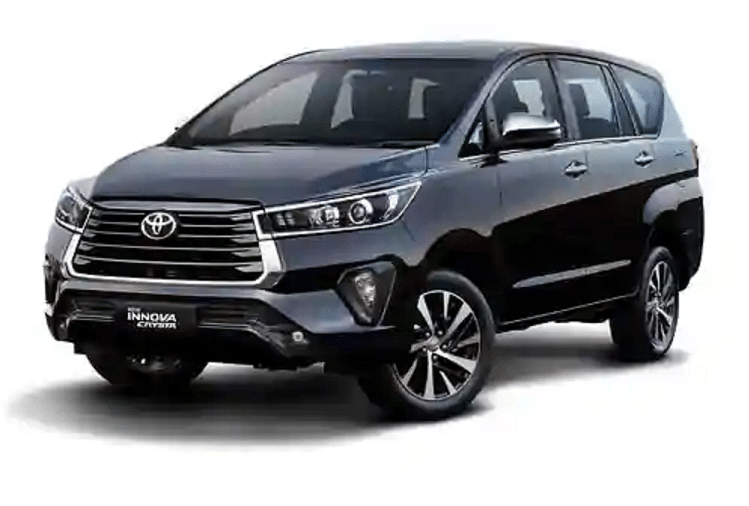 The wildly increased prices of petrol and diesel have spoiled the budget of common customers. In such a situation, buyers are now turning to CNG vehicles. Due to the changing interest of the customers, most of the automakers are focusing on launching CNG vehicles. Japan’s multinational automobile company Toyota (Toyota) is preparing to launch the CNG model of its popular MPV (Multi Purpose Vehicle) car Innova Crysta.

Toyota Kirloskar Motor will soon introduce an updated version of the Innova Crysta MPV in the Indian market. However, its official launch date is yet to be announced. According to the report, the new model is likely to hit the roads next year. The Japanese automaker may expand the 2023 Toyota Innova Crysta model lineup with a new CNG variant. According to the latest media reports, the company may introduce its MPV with a 2.7-litre, 4-cylinder petrol engine with a factory-fitted CNG kit. The Toyota Innova Crysta CNG will be sold to private buyers as well as the fleet market.

Recently Toyota has removed the previous generation Innova Crysta from its official website. The carmaker will reintroduce the MPV with minor updates and a diesel engine. It will use a 2.4-litre diesel motor mated to a 5-speed manual gearbox. This engine gives power of 148 bhp and torque of 360 Nm. Due to the CNG variant, the car gets better mileage and it is a cheaper fuel than petrol, it also reduces pollution.

Recently Toyota has introduced the Toyota Innova Hycross, which is based on the Innova Crysta. The Hycross is a car with a hybrid engine. Regarding the Strong Hybrid variant, the company claims that the Innova Hycross gets a mileage of 21 km per liter. The Japanese automaker aims to produce around 2,000 to 2,5000 units of the 2023 Toyota Innova Crysta every month from February. The updated Innova Crysta will be sold alongside the Toyota Innova Highcross. Which can be launched in January 2023. However, the carmaker will offer the MPV only in the lower grades (G, G+ and GX). The VX and ZX trims will be discontinued.

Interestingly, Toyota is planning to launch an electric version of its best-selling Innova MPV. Recently, the naked model of the Toyota Innova Electric MPV was spied testing in Indonesia. Based on the previous generation Innova Crysta, the model gets a blacked out grille and bumper on the front end. The blue color around the headlamp assembly, signature logo and alloy wheels show its electric nature. As you know, the Toyota Innova EV concept was first unveiled at the Indonesia International Motor Show in March 2022. More details about the 2023 Toyota Innova Crysta (Diesel/CNG) will be revealed in the near future.