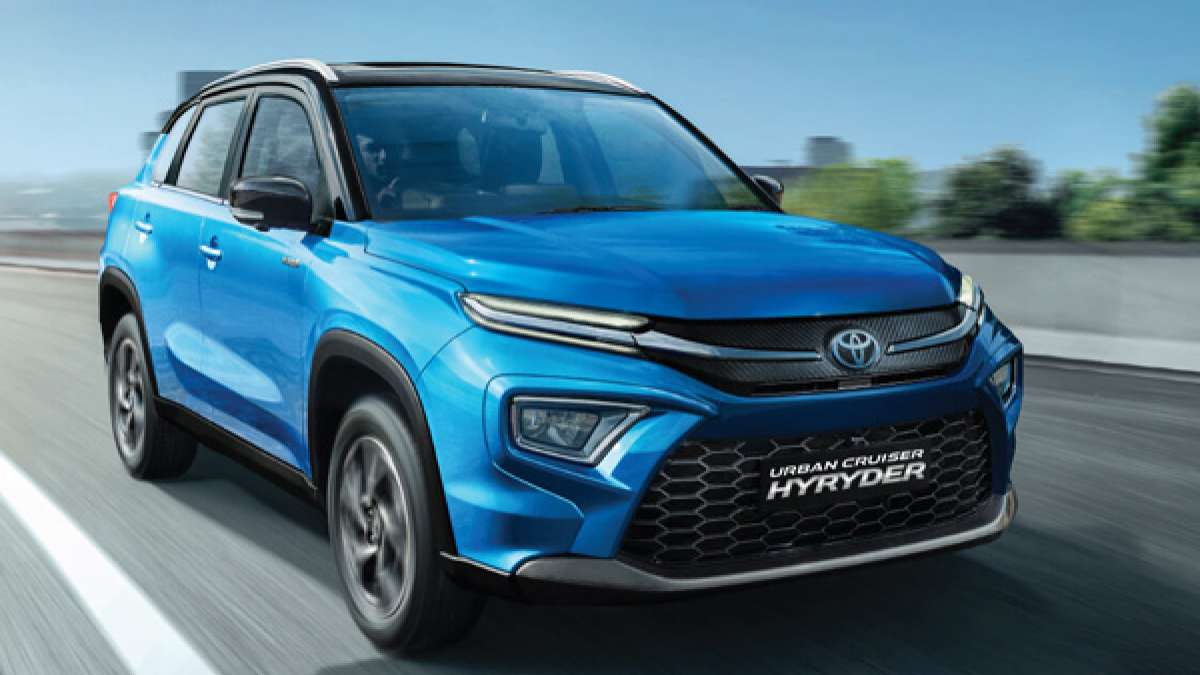 The company has also launched the CNG-powered Glanza hatchback. This will be the first CNG model in the midsize SUV segment. Its price has not been disclosed yet.

With the coming of the Urban Cruiser Highrider with CNG, it is going to be the first model in the SUV segment. The CNG engine will be offered with the 1.5-litre K15c, four-cylinder engine sourced from Maruti that is already available on the Ertiga and XL6 CNG-spec MPVs.

However, Toyota has not officially revealed the engine specifications of the Highrider CNG. Nevertheless, it is being told that like the XL6, an engine producing 83 bhp and 121.5 Nm of torque can be found in CNG mode. Its mileage can be up to 26.10 km/kg.

Toyota has also revealed that the HiRaider CNG standard will be offered in the mid-spec S and G trims of the SUV. The G trim gets features like LED headlamps, 17-inch alloy wheels, 9-inch touchscreen infotainment and airbags.

This could be the most premium CNG model. It will be a Maruti counterpart in the Grand Vitara CNG, which will be its only rival in the near future. Currently, the Skoda Kushak, Volkswagen Tigon, MG Aster and Nissan Kicks come with a petrol model, while the Hyundai Creta and Kia Seltos get a diesel engine option.

The pairing of Maruti and Toyota is really setting itself apart from the segment. It had earlier demonstrated this by introducing its robust-hybrid engine and is now proving it by bringing in its segment-first factory-fitted CNG.