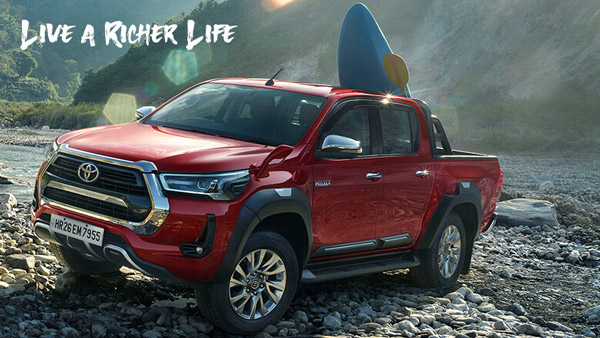 Toyota Hilux is one of the most awaited launches in the Indian car market this year. Toyota Kirloskar Motor on Thursday informed that it is now temporarily stopping bookings. The company says this is due to a combination of factors such as high demand and supply-side issues.

Toyota Kirloskar has issued a media statement on Thursday, in which the company has claimed that it has received a strong response, although the company has not shared any booking figures, as the company also said that the reservation is being stopped. .

In a statement, the company said, “We are delighted with the overwhelming response that Toyota Hilux has received from our customers within a fortnight of launch. We are grateful to our valued customers for their continued trust and confidence in our brand and this entire new product. Our advanced offering in the segment.”

The company further stated that “However, in light of various factors affecting our supply, we are unable to meet the increased demand. Thus, we are looking forward to buying Toyota Hilux for Toyota Hilux to avoid any inconvenience to our customers.” We deeply regret our temporary stoppage of booking.”

It will be built on the company’s IMV-2 platform, it will be produced in India only. The Toyota Hilux is going to be a 5-seater vehicle that will be usable both in the city and off-road. The company is going to make it available only in the option of diesel engine.

Toyota has increased the wheelbase of the Hilux to 3,085 mm. It measures 5,325 mm in length, 1,855 mm in width and 1,865 mm in height. The ground clearance of the Hilux is 216mm and it also weighs 2.1 tonnes. It will be offered in five color options which include Emotional Red, Gray Metallic, White Pearl CS, Silver Metallic and Super White.

The Toyota Hilux has a large and hexagonal front grille and LED projector headlights on both the sides, due to which it looks strong on the road. It gets plastic cladding around the wheel arches, along with 18-inch alloy wheels.

It even gets front parking sensors, cruise control, additional airbags, LSD and a power-adjustable driver’s seat. It is reported that it comes with A-TRAC features, which means Active Traction Control. It is powered by a turbo engine that delivers 500 Nm of torque which is the highest in the segment.