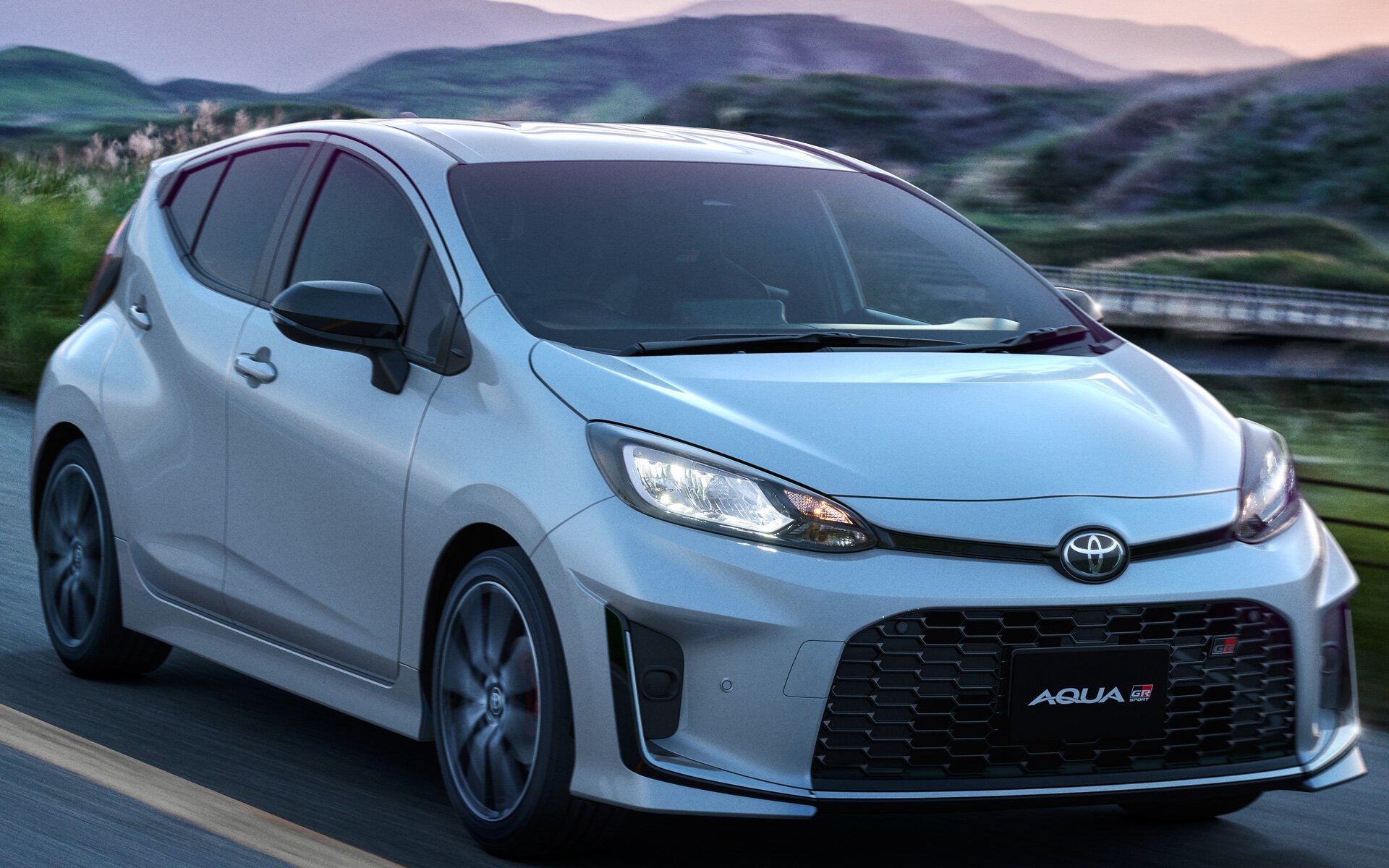 The shape of the front bumper has been changed. Air resistance has been reduced by straightening the airflow around the front tires and directing it to the rear. A special grille called the Functional Matrix Grill received the GR Sport logo. In addition, the lower part of the rear bumper also has an original design.

The car is built according to the “parallel” hybrid scheme. He received a 1.5-liter gasoline engine with 91 hp, an 80-horsepower electric motor and a nickel-metal hydride battery.

The front and rear suspensions have been specially tuned to match the characteristics of the dampers and coil springs to provide both excellent handling and a comfortable ride. Body rigidity is increased by adding bracing under the floor. Electric power steering tuned by Toyota Gazoo Racing.

Inside are sports seats with the GR logo. Specially designed features include a three-spoke leather steering wheel, aluminum pedals and exclusive console embellishments.

The price of the new Aqua GR SPORT is 18.7 thousand dollars in Japan.