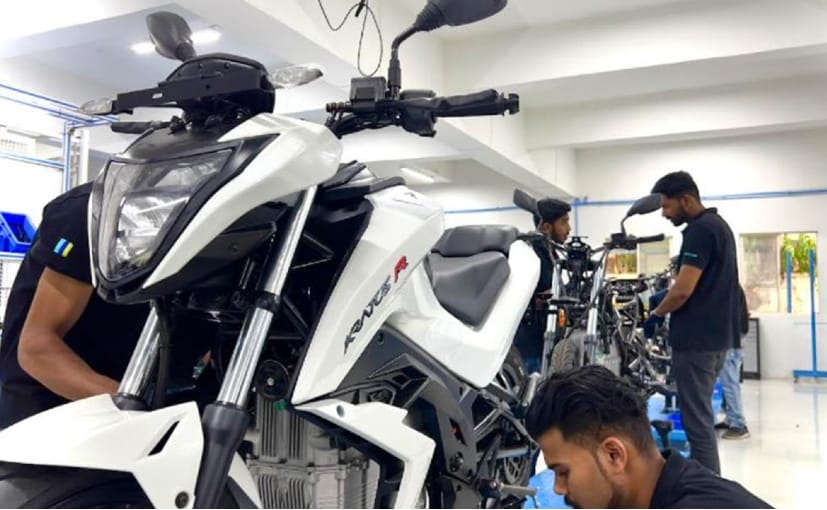 Tork has started the deliveries of its electric motorcycle – the Kratos-R in India. The company had organized a mega event for the delivery. Taking to social media, Tork also revealed that the company delivered more than 20 electric motorcycles on the first day. Tork launched the Kratos and Kratos-R electric bikes, the latter of which is more premium and powerful. This electric bike gives a range of 120 km on a single charge and has a top speed of 100 kmph. The electric bike can be booked from the company’s official website.

Tork began deliveries of the Kratos-R on Friday. The company said through a tweet that in the first day more than 20 electric bikes have been handed over to the customers. The tweet also has a video showing glimpses of the event.

WHEN IS THE BIKE GETTING DELIVERED? We all were waiting for this answer.
.
Now the wait is over. 20+ deliveries in 1 day at Mega Delivery Event. And this is just the beginning! More deliveries coming soon…

What are you waiting for? Book your Kratos today. pic.twitter.com/R7FiujamAO

Tork had initially announced that they would start deliveries of their Kratos and Kratos-R electric motorcycles in April. However, due to lack of supply, the company had to push back the delivery time. Presently the entire automotive industry is grappling with chip shorts.

In terms of range, both the models are similar. Both the electric motorcycle models are capable of delivering a maximum range of 180 kms as per the IDC test and according to the company, they have an actual range of 120 kms.

There is no difference in battery capacity, but fast charging is available in Kratos R. Both the models come equipped with a battery pack of 4 KWH capacity, but the Kratos R battery pack claims to charge up to 80% in 1 hour and comes with a 2-year warranty.